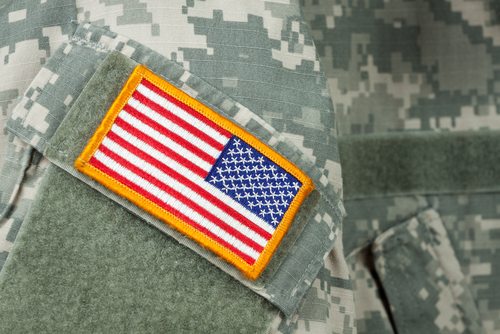 With the drawdowns of U.S. military forces from Iraq and Afghanistan, this nation faces a new challenge that should be front-and-center for U.S. foundations—the reintegration of veterans into society. Those of us from the Vietnam era remember a very different dynamic: a demographic of younger returning veterans—younger largely because they were draftees—facing a clearly less-than-welcoming home front. Today’s veterans are older, are much more likely to have families, and face huge challenges coming back to a nation with high underemployment, unemployment, and government service cutbacks.

In his introduction to a panel at a workshop at Conference of the Council on Foundations concerning philanthropic collaborations for veterans, the McCormick Foundation’s Don Cooke said, “Even though the statistics (of veterans’ needs) are national, the work is local.” The panelists from McCormick, San Diego Grantmakers, the Lincoln Community Foundation (Lincoln, Neb.), and the Blue Shield of California Foundation highlighted local efforts geared to the specific military populations in their communities.

But there is a tension. The panelists generally talked about cooperation with the Veterans Administration (VA), but recent news reports of the disintegration of VA claims processing are pretty shocking. Cooke mentioned the enormous backlog of claims with the VA can take months to resolve, but in some areas of the country, the wait is well over a year—or even two years, according to press reports. Less than half of returning veterans sign up with the VA, presumably because they know how their buddies have been treated.

Sarah Peetz of the Lincoln Community Foundation said that veterans are “coming back to communities, but not coming back to the Department of Defense or the VA.” She suggested that communities have to “step it up” to help veterans, given their choice to bypass VA assistance. Participating in the fix of the VA might be an element of philanthropic advocacy, so that the demand on nonprofits and foundations doesn’t take the place of a dysfunctional VA bureaucracy.

As Jennifer James, the San Diego Grantmakers consultant, noted, helping veterans reintegrate into their communities can’t start just as they leave military service. The period that begins up to six months prior to leaving the military and lasts as long as one year after leaving is critical for helping veterans and their families transition, adjust, access services, and reintegrate. This time frame is the focus of the foundation collaborative in San Diego that’s helping “reboot” veterans for civilian life, according to James.

Both Peetz and the McCormick Foundation’s Eli Williamson are working with the faith-based community. Peetz pointed out that the confidence of personnel in their military chaplains can carry over to their civilian life. The Lincoln Community Foundation brought together faith-based organizations in collaboration, and they created their own ongoing program of coordination for veterans, Interchurch Services.

Williamson pointed out that churches and faith-based providers often have more than one point of contact, reaching both individual veterans and their family members. He pointed out another relatively lesser-known challenge faced by returning veterans—moral injury. Unlike post-traumatic stress disorder, which involves flashbacks to horrific events of combat, moral injury occurs when veterans believe they have violated their moral codes and can’t forgive themselves. This issue sounds more likely to be revealed to a pastor or rabbi than to a VA clinician.

Williamson and others, Peetz in particular, talked about having to understand the culture of veterans in order to build trust between veterans and providers. McCormick’s Anna Laubach described the reluctance of veterans to access services from civilian providers, citing a problem of cultural competence. It would seem that if Iraq and Afghanistan veterans are reluctant to sign up with the VA and at the same time wary of civilian service providers, they could be falling into crevices that leave them with no place to turn. Add to that Cooke’s contention that there is a cacophony of veteran-related service organizations of varying quality and accountability. As he explained, “Some of the big national organizations are great at raising money but not so great at delivering programs.” It is a difficult scene for returning veterans to navigate.

Cooke noted in his wrap-up that the window of public attention to veterans’ issues is short, but the challenges veterans face in reintegrating into their communities are long-lasting. There is much to be done by the philanthropic sector in helping these men and women. Relatively few current foundation execs are veterans of any era. This workshop represented something important for philanthropy—the need for foundations to get outside the confines of their own personal experiences and be prepared to devote time and resources to people who find themselves deployed on battlefields half a world away.—Rick Cohen