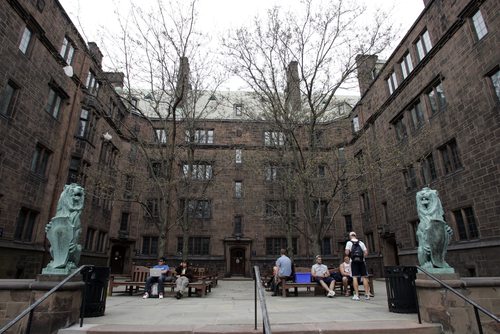 In the midst of a recessional recovery that has left much of the United States still reeling with stagnating wages and an ever-widening wealth chasm, the one-percent are doing extraordinarily well, and this then accrues to the institutions to which they feel connected. But even in the upper stratosphere of the nonprofit economy, there are the pinnacle earners and those that, like Avis Rent-a-Car, “try harder” for being in second place.

Although Yale is only #2 in terms of endowment size—at $20.8 billion, a full $12 billion behind Harvard—they earn more on their investments (12.5% against Harvard’s pitiful 11.3%) and may have boasting rights for biggest single gift of the week, $250 million from former Franklin Resources, Inc., chairman Charles Johnson.

Mr. Johnson was recently listed by Forbes as having $5.6 billion in assets and is, of course, a Yale alumnus. The donation, the largest in Yale’s history, will go far toward the construction of two new residential colleges, which will allow Yale to grow its undergraduate population by about 15 percent.—Ruth McCambridge