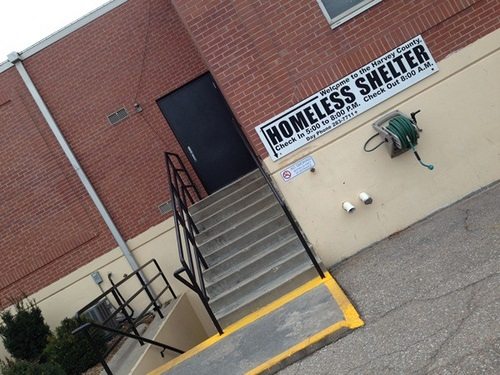 Our coverage earlier this week of homeless families crowding hotels and motels in Massachusetts shouldn’t be read as though the Bay State has a unique challenge. For some reason, homelessness is increasing in many parts of the country.

In Washington, D.C., according to Brigid Schulte of the Washington Post, this winter has seen an “unexpected and unprecedented rise in family homelessness in the District…bringing homelessness to levels not seen since the crises of the 1980s.” David Berns, the director of the Department of Human Services in the District, anticipates 1,000 new homeless families this winter and reports that the D.C. General Hospital family shelter is full, as are “all the inexpensive hotel rooms in the city.” In fact, D.C. has been placing homeless families in two Maryland hotels, but Maryland officials have protested, resulting in plans to move the families back to D.C. With the need to find space in D.C. for the 110 families that were sent to Montgomery County and Prince Georges County, the District’s latest plan is to use two city-owned recreation centers where the families will sleep on cots in open spaces.

For the 475 families living in hotels and motels because the 285 family rooms at D.C. General are full, the situation is very difficult. For them, getting their kids to schools in the District from hotels in Silver Spring or Cheverly is challenging and long. For D.C. officials, providing services to homeless families scattered around the region is similarly challenging.

“It sounds bad, and it’s worse than it sounds,” Berns told the Post. That’s because shelters for homeless singles typically open all year will potentially close in the spring due to a shortfall of funding. “Right now, I don’t have any fresh ideas” (to deal with the crisis), Berns added.

Part of the problem is that the “housing first” solutions that D.C. and other areas have promoted may not be working so well. For example, the District has a “Rapid Rehousing” program that provides short-term rental assistance for homeless families in market-rate housing, with the idea that within four months to a year, the families themselves will be absorbing the full housing costs. The Post reports that landlords have been resistant to accept these homeless families, and the families themselves are uncertain whether they will succeed in these short-term rentals.

Something, however, is happening in the economy that is evident with increasing numbers of homeless families. In Florida, for example, Osceola County near Disney World reports that the number of homeless parents with school age children grew by 54 percent in the past year to more than 5,000. With plenty of tourist-strip motels, homeless families are ending up in the motels and establishing residency, to the consternation of motel owners who might evict some for nonpayment otherwise. In Salinas, California, motels have been providing housing for homeless families, but often in substandard conditions. The thousands of families that appear to be falling out of the bottom of the economy sometimes remain unemployed for a long while, and in other cases end up homeless.

At some point, this nation has to come to grips with the reality of homelessness in the U.S. It doesn’t appear to be decreasing in the slightest, notwithstanding some official reports and the bravado of government spokespersons announcing that the economy is on the way back. The economy may not be back, but homelessness is. If the nation’s politicians weren’t so studiously interested in the middle class, they might look at what is happening among the poor and very poor to see who is being helped and who gets left behind in this economy.—Rick Cohen