Homeless Rights on the Docket of State Legislatures and City Councils 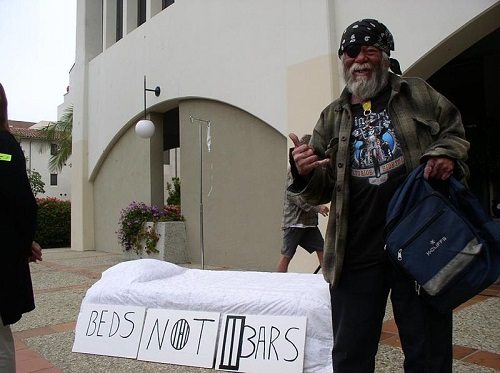 In the wake of Rhode Island’s bill, Connecticut also passed a homeless bill of rights law last year. In Connecticut, the enumerated rights of the homeless are as follows:

The proposed bill of rights in Hawaii contains the same list of rights. Like the homeless bill of rights that was enacted by the state of Illinois last year, the protections accorded the homeless appear to deal with the deprivation of services they face because of the lack of a permanent address. What these bills do not propose, even symbolically, is that the homeless have a right to that which would make them no longer homeless—a right to shelter or a right to housing.

Sometimes, you have to wonder what the legislators might be thinking when they propose a homeless bill of rights. The sponsor of the pending Hawaiian legislation, State Senator Mizuno, was also the prime mover behind the state’s “Return to Home” program, designed to give some of the state’s 17,000 homeless one-way tickets out of the state. The theory of Mizuno and others is that it is cheaper for the state to hand out airline tickets to the homeless than to pay for their longer-term needs for housing and services. Mizuno’s ticket scheme might, if it were effective, reduce the numbers of the homeless in Hawaii, but wouldn’t do a thing to get at the causes of their homelessness.

Hopefully, these homeless bill of rights initiatives can serve as broad-based mechanisms for educating the public about the conditions faced by homeless persons and for mobilizing advocates for the homeless to press for proven homeless housing programs such as Housing First. –Rick Cohen