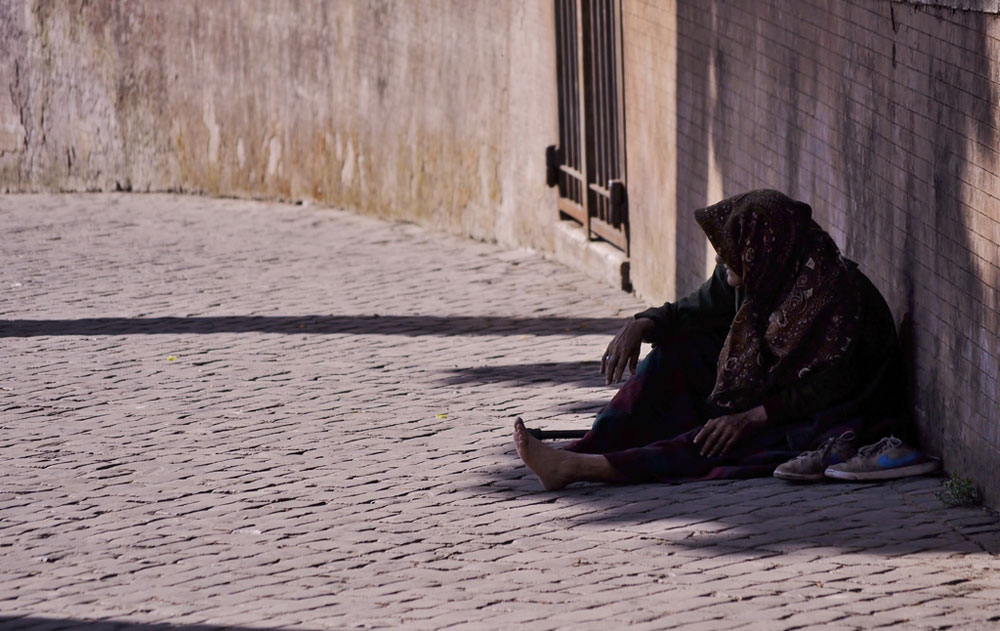 In a major gift to the University of California Center for Vulnerable Populations, Marc and Lynne Benioff are underwriting new research into the causes and solutions of homelessness.

Marc Benioff was the founder of the San Francisco-based software firm Salesforce. He and his wife donated $30 million to the Center. The homelessness crisis in their home city is something they see up close, and to which they may even have contributed merely by their corporate presence. That might be one reason they backed a successful campaign to tax large companies to address the problem—a move their corporate peers are resisting.

California is the epicenter both of high-flying tech companies and of our nation’s homelessness crisis, with nearly a quarter of the nation’s homeless population—130,000 people. In the San Francisco Bay area, including Silicon Valley, more than 28,000 people are homeless. Of this population, 70 percent are “unsheltered,” living on the streets, in city parks, in cars, and so on, where they are readily visible to the wealthy high-tech workers who have driven up the cost of housing over the course of decades.

Margot Kushel, director of the Center for Vulnerable Adults, notes in a 2017 article in the Conversation that more people live on the streets in California than elsewhere for one reason: there is insufficient affordable housing—just 21 units for every 100 low-income households. She notes that federal and state housing subsidies have decreased dramatically while the number of renters has grown. “California has gained 900,000 renter households since 2005, but lost US$1.7 billion in state and federal funding for affordable housing.”

While communities in California continue to wrestle with how to provide more affordable housing, Kushel’s research center at USCF is gathering evidence regarding the devastating health impacts of homelessness, particularly among older adults. Kushel will use the new funds from the Benioffs to further research she began in 2013. Since that time, she has followed a group of 350 older adults, with a median age 57, living on the streets in Oakland, California. She has found that the group she has been studying experiences strokes, falls, visual impairment, and incontinence at rates usually seen in people in their 70s and 80s. Homelessness leads to aging at “hyper-speed,” she says.

Unstable housing is recognized as an important social determinant of health for people of all ages. Without housing, it is difficult to get enough sleep, eat nutritious food, bathe, or maintain any kind of medication regimen. Additionally, living on the streets is traumatizing; from being treated disrespectfully to being subject to violence, there is little relief from stress. A Boston study found that among 247 homeless people between the ages of 50 and 69, 60 percent experienced depression, as compared to 35 percent of the general population. Kushel found among her study population, 10 percent reported being physically or sexually assaulted at least every six months.

Of particular concern is how homelessness may exacerbate cognitive decline. Kushel has found that one in four of the homeless adults she has been following exhibits signs of cognitive impairment, as compared to one in ten adults over the age of 70. Now, she is expanding her research to look at newly homeless adults and how the sudden stress of living on the streets triggers or exacerbates existing health conditions.

Kushel’s colleague Serggio Lanata, a neurologist at UCSF, is also launching a study of homeless adults. He’ll be looking for early signs of Alzheimer’s disease and other degenerative brain disorders in order to understand how these diseases intersect with homelessness. Through interviews and neurological exams of 20 homeless adults, Lanata’s team will try to understand how the stress of homelessness may accelerate cognitive decline, but also whether neurological impairment may be contributing to homelessness among older adults. Cognitive decline might contribute to loss of a job, for example, and then loss of a home. Without strong family support, says Lanata, it is easy to see how an adult with dementia could become homeless.

The Benioffs have made a generous donation to important research—but more research isn’t likely to identify better solutions than building more affordable housing. And the obstacle to investing in that solution are pretty clear: political will. Moreover, even paying for support services has become politically fraught. As noted in Nature, Governor Gavin Newsom included $500 million in his 2019–20 budget for shelters and other support facilities, but San Francisco residents are blocking the construction of a homeless shelter in a wealthy waterfront neighborhood. And, as referenced above, San Francisco residents approved a tax on big companies to provide funding for services for homeless people, an effort to which Benioff and Salesforce donated nearly $8 million. (Other companies are challenging the policy in court.) In Los Angeles, efforts to loosen regulations in order to build housing more quickly have become contentious. And we certainly can’t expect that the US Department of Housing and Urban Development, under the leadership of Ben Carson, is going to step up to the plate. Carson’s major initiative has been to raise rents for the poorest public housing tenants, and to raise the cap on rents for those using housing vouchers. In this policy environment, we can expect only one result: more people living on the streets.—Karen Kahn