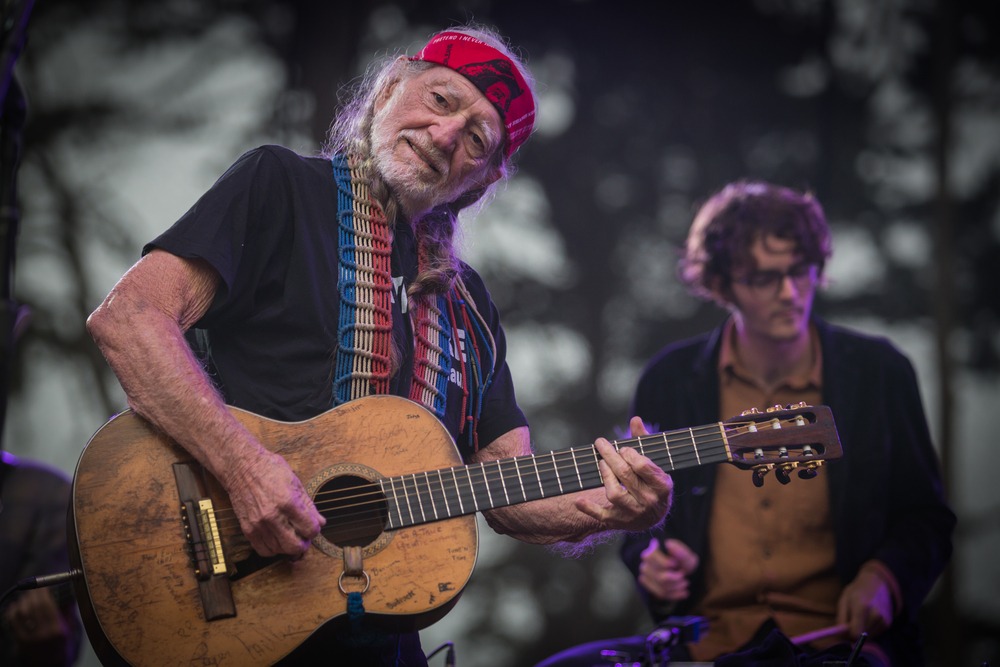 Amidst all the phony-baloneys that inflict themselves on American society wearing the cloak of charity and philanthropy, Malcolm Jones at the Daily Beast reminds us of two real McCoys who just published new autobiographies: Willie Nelson and Jimmy Carter. Nelson’s is It’s a Long Story: My Life and Carter’s is A Full Life: Reflections at Ninety.

“If time has slowed either of these gentlemen,” Jones writes, “it would be hard to say how.” He describes Carter’s founding of the Carter Center in Atlanta, which in a key somewhat lower than the Clinton Foundation has engaged in effective and admired programs of crisis mediation, electoral reform and election monitoring, and fighting diseases around the world. Rather than making sure he was on the safe side of most issues and surrounded by adoring Wall Streeters, Carter has been a paragon of integrity, speaking out on issues where most people, certainly most former presidents, would be loath to go. Among his most recent forays into controversy, Carter has spoken out against the settlement policies of the government of Israel, notable because he was the White House occupant who guided Anwar el Sadat and Menachem Begin to a most improbable peace agreement at Camp David in 1978. Nelson’s charitable interests have been different from Carter’s, but his role in Farm Aid, the annual effort to raise charitable contributions for this nation’s dwindling population of family farms, is widely admired.

Neither Carter nor Nelson should be seen as flawless to be sure. Carter’s presidency was a combination of some terrible misfortune, bad luck, and bad advice. Nelson’s troubles with four marriages and long-term problems with the IRS are well known. But based on their lives and on the honesty and modesty of their autobiographies, Jones concludes, “At a time when genuine American heroes are hard to find, I’d say Jimmy Carter and Willie Nelson are as close as it gets and better than most.”

Nelson is into his 80s, still writing and recording music, Carter has turned 90 and continues to be as active as he can be in the work of the Carter Center. This author has never met Nelson, but met Carter and his wife Rosalynn at the Jimmy Carter Work Project of Habitat for Humanity back in the early 1990s in Baltimore’s Sandtown-Winchester neighborhood. Through his handshake and his gaze, Carter conveyed the integrity that is often so sadly lacking among many of the nation’s leaders who are lauded today.

The irony of the Jimmy Carter Work Project nearly a quarter century ago in Baltimore is that the neighborhood where the Carters were building Habitat homes with scores of volunteers is the same neighborhood where Freddie Gray was born and raised, later arrested, and as a consequence of that arrest died in the back of a police van. Deep-seated social problems aren’t solved quick and easy by the appearance of the likes of Jimmy Carter in Sandtown or Willie Nelson singing for family farmers. There is no magic solution to the dynamics that Carter and Nelson have challenged in their lifetimes in the public arena. Real heroism like theirs isn’t a one-shot deal, but a product of a lifetime of authenticity and dedication.

To us, Willie Nelson and Jimmy Carter are the real deal. We need more like them.—Rick Cohen