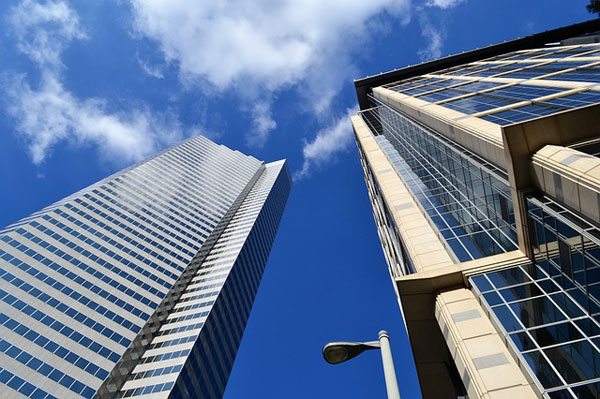 As NPQ has noted, many communities, spurred in part by enhanced disclosure rules from the US Government Accounting Standards Board (GASB), are taking a hard look at tax abatements doled out to corporations in the name of “economic development,” which can cost tens or even hundreds of millions of dollars. (New York City leads the list at nearly $3.4 billion a year).

For example, last October, county commissioners in Buncombe County in North Carolina (county seat is Asheville) voted unanimously to “remove $1.5 million from the county’s $5 million economic development incentive pool to finance a small business loan program and expand preschool education.” In January, Nashville voted to require prior disclosure of “details like how many county residents they’ll hire, the wages they’ll pay and whether they’ve had any safety violations in the past,” before approving any future deals. Now, Houston—with over 2.1 million residents, the nation’s fourth-largest city—has followed with its own new rules.

“Under the new guidelines,” reports Jared Brey for Next City, “applicants for tax abatements will be required to commit to providing community benefits in at least one of eight areas: local job recruitment, public improvements, crime prevention through environmental design (CPTED), affordable or workforce housing, job training, participation in re-entry programs, or paid internships for low-income students. In addition, all applicants would be required to meet six other criteria, including making good faith efforts to hire from low-income communities and advertising jobs in the city’s Community Re-Entry Network Program.” Houston’s City Council approved the new guidelines on a 13-2 vote.

Brey notes that other cities are also “reassessing the ways they incentivize private development, with an eye toward extracting more public benefit in the process.” For example, in 2016, the Philadelphia Redevelopment Authority “began requiring developers to outline the ‘social impact’ of their proposals when responding to RFPs for publicly owned land.” Another city, Minneapolis, Brey adds, “is considering requiring an affordable housing component in projects that take advantage of tax increment financing.”

In Houston, the Texas Organizing Project has led the campaign for greater accountability. Last summer, the group graded Houston’s economic development programs, giving failing grades in six subjects “from job creation to setting and achieving equity goals to workforce development and community engagement.” The city barely passed with a “D” for transparency.

“The report card,” Brey notes, “was part of a larger report called Tax Breaks for What?, which sought to assess the city’s tax abatements and development grants, explore their return on investment, and discuss policies that could improve the situation.”

The report’s authors noted that, “From a community-based perspective…if economic development tax breaks are not addressing a community need in the service of advancing equity, then they deserve to be called out for what they really are—a windfall for the private sector and a drain on our city’s cash-strapped budget.”

In 2015, Sylvester Turner was narrowly elected mayor, prevailing by a scant 4,100 votes to become the second Black mayor in Houston’s history. After his election, Turner appointed a task force which cited the Texas Organizing Project’s work in a report that, Brey explains, “recommended, among other things, wage requirements, local hiring, and apprenticeship programs for companies that receive tax abatements or other subsidies. It also recommended strong reporting requirements and compliance measures for subsidized projects.”

According to Brey, the mayor’s development office has committed to monitor tax abatement agreements for compliance, with city staff charged to conduct annual audits. “The ordinance,” notes Brey, “allows the city to back out of abatements if companies don’t live up to their commitments and recover funds that it has paid out.”

Brey notes that the Workers Defense Project, which advocates for low-wage Texas workers, was hoping for stricter regulations. The group’s Houston business liaison Sasha Legette says that the group is “pleased that Mayor Turner is willing to take a step in the right direction, and we’re hopeful to continue the conversation, but we definitely intend to push forward for additional standards. We’re happy to see the shift, but we still have so much further to go.”—Steve Dubb