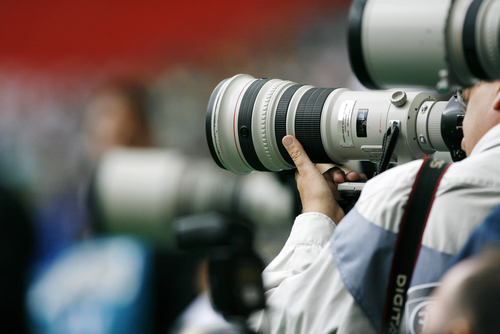 NPQ thinks this article from Crain’s Business Review is a bit premature, but what the heck. We are not in Cleveland, so we may be less informed. Our experience with the kinds of scandals that two major nonprofit institutions in that city have experienced in the last week and a half is that there are still stones that likely need to be overturned past the first embarrassing expose. (See Penn State, Komen, and any number of other situations.)

NPQ reported on one of the scandals in its newswire regarding the revolving door to the “C” Suite of the Cleveland Museum of Art when it learned that director David Franklin resigned, effective immediately after only three years—he was the second director in a row there with so short a tenure. It was an odd story, and we knew there was something unspoken in it. It came out a few days later that Franklin had been having an extramarital affair with a museum employee who committed suicide. NPQ elected not to cover that excruciatingly sad update.

Then, on Wednesday of last week, Raymond Ku, a professor at the School of Law at Case Western Reserve University School, sued both the university and the dean of its law school, Lawrence Mitchell, for allegedly retaliating against him after he talked to university officials about the dean’s alleged sexual harassment of women at the Law School.

According to this article, observers say that both nonprofits reacted swiftly to the exposure, and deemed that rapid response good in the current media environment, where there lack of a strict news cycle means that information emerges and builds upon itself 24/7. We agree. Tom Andrzejewski, president of the Oppidan Group Inc., a public relations agency, comments, “In these situations, there’s usually an information vacuum and the public, including donors and important segments of the community, are left to speculate, and the best way to deal with that is get the information out.”

Next, he said, the organization must move quickly to make sure that stakeholders know that services will go ahead in a way that meets expectations. We would agree with this, also.

Third, the mere possibility that such a situation could occur is a good argument for succession planning by nonprofits, whose staffing tends to be “notoriously thin,” Mr. Mendel said. Right—we agree again.

Mike Benz, an executive in residence in development for Cuyahoga Community College who has been involved for decades in Cleveland’s nonprofit community, is quoted as saying that, “At the end of the day, world-class institutions and organizations usually have world-class leaders, both volunteers and staff, and frankly you can have an interruption. If you’re doing it right, one person or two people or a small group of people can’t affect a world-class organization. In these cases, they’re going to march on. They were prepared. They’re not going to miss a beat—trust me on that.”

Here is where we begin to wonder. I believe that it might be better to plan on missing a beat or two in getting to the bottom of what may have been going on before the press does, and then to declare your strategy for making things right if that is necessary.

All institutions are vulnerable to these kinds of issues, but the degree of transparency they reveal in investigating and being open about any problems they may have is really critical. Trust begins to be rebuilt more quickly in that way.—Ruth McCambridge