How Soccer Can Drive Social Change 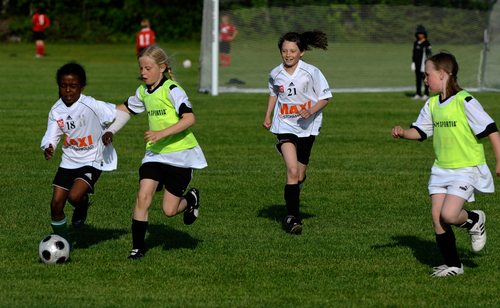 The Laureus Sport for Good Foundation USA, in conjunction with its corporate partner, Mercedes Benz, recently announced a plan for New York City to train 120 coaches in 15 sports-based youth projects in underserved neighborhoods. Olympian Edwin Moses, who chairs the Laureus board, explained, “We believe in the transformational power of sport as a tool for social good…”

Without a doubt, one or more of the sports-oriented youth projects will involve soccer, the international sport that half of today’s school kids in America play, though the audience for watching professional soccer in the U.S. is kind of slim. But as a multicultural language, soccer can transcend national, ethnic, racial, or class barriers. That’s certainly the premise of the Portland, Ore.-based 4 Worlds United Soccer Alliance, which “works to bridge the gap between first and fourth world children by bringing them together on the soccer field.” Soccer is a very important vehicle for social programs in other nations, such as the Football for Social Change program launched in India by a U.K. charity called Skillshare International.

Triple Pundit guest author Erik Distler writes that it is reasonable to promote and support “development efforts utilizing the sport of soccer to improve the livelihood and wellbeing within communities around the world.” He suggests that its international popularity is unchallenged, that half of the world’s population watched the 2010 World Cup in Johannesburg, and even in the U.S., something must be happening, as viewers of ESPN’s coverage of the 2012 UEFA European Football Championship is up 183 percent over the 2008 event.

Distler lists a number of groups using soccer as a means for social change. Search for Common Ground, he writes, is using soccer as a means of teaching conflict resolution through collaborative problem-solving. Uncharted Play has promoted the use of the SOCCKET, an “eco-friendly soccer ball that during play stores the kinetic energy of the ball” for use as a power source at home. Distler also mentions Good Football, which “addresses global challenges by applying sport to development in working with local resources and seeking locally managed solutions for long-term growth.”

Many of us statesiders grew up without soccer at all, shunted into the blood and guts of helmeted American football, but there is no denying that soccer speaks to many people in other lands and increasingly to people here in this country. Not all that many years ago, Franklin Foer, until recently the editor of the The New Republic, wrote a wonderful and insightful book, How Soccer Explains the World: An Unlikely Theory of Globalization. Someone should write the sequel: how soccer can be a vehicle for social change.—Rick Cohen