How the Other Half Gives: Philanthropy from High Net Worth Individuals 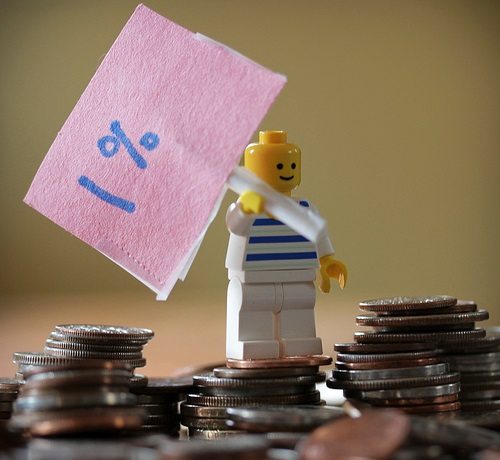 Last month, philanthropic donor Mark Zuckerberg spent a mere $100 million to buy a 700-acre parcel on Kauai in the Hawaiian Islands. That hardly compares, however, to Larry Ellison’s purchase in 2012 of 87,000 of the 90,000 acres on Lanai, the sixth largest island in the Hawaiian chain, for something in the range of $300 to $500 million.

Conspicuous consumption in the form of buying tropical islands is probably off-putting to most of us in the less-than-billionaire category, At least in the cases of Facebook’s Zuckerberg and Oracle’s Ellison, they devote parts of their unfathomable wealth to charitable causes and philanthropic instruments: Based on a donation of 18 million shares of Class B Facebook stock, Zuckerberg’s 2013 giving total rang in at $970 million, and just last month he gave $25 million to the CDC Foundation, the private fundraising arm of the Centers for Disease Control and Prevention, in the fight against Ebola. According to the Chronicle of Philanthropy, Zuckerberg was the nation’s top giver in 2013 and Ellison the 26th, giving $72.5 million to his eponymous foundation.

Whatever the pros and cons of the giving of the super-wealthy, at least with Zuckerberg, Ellison, and others, their charitable giving offsets the conspicuous consumption that goes along with their billionaire lifestyles. Neither of these donors nor many other high net worth givers are into charity for the tax benefits.

“High net worth” doesn’t mean billionaire. In the most recent survey of high net worth givers, conducted by the U.S. Trust private banking division of Bank of America, high net worth is measured as households with $1 million in investable assets or annual income of $200,000. The survey, conducted in conjunction with the Lilly School of Philanthropy at Indiana University, examined the giving of 632 high net worth households and found that they gave an average of $68,580 to charitable causes last year, with households of more than $5 million in assets clocking in at $166,000 in average donations.

A key point that the study authors have emphasized in the survey findings is the importance of volunteering in explaining differences among high net worth givers. “This year’s study, more than ever, tells us that when wealthy donors are intentional about and engaged in their giving—when they find that meaningful intersection between their ideas and ideals—they give more, are more impactful and more personally fulfilled,” said Claire Costello, the U.S. Trust philanthropic section executive who led the study. Her conclusion is borne out, among various factors, by the 73 percent higher average giving by wealthy donors who volunteered compared to those who did not.

In a conversation with Nonprofit Quarterly after the survey report was issued, Costello acknowledged other findings from the survey that are of import to nonprofits and other donors, though the press coverage hadn’t highlighted these issues:

Unlike foundations, high net worth givers tend to be general operating fund philanthropists. Nearly four out of five—78.2 percent—reported that their largest gifts were unrestricted. Only one-fifth reported restricting their largest gifts for specific purposes such as a program, an endowment, or a capital campaign.

The finding most striking to us was a comment from Costello that tax incentives are not a significant driver for high net worth individuals in whether to give, but more so in how to give and perhaps when to give. The giving of these donors may well exceed what they are able to deduct from their federal taxes. Her perception is that high net worth donors want more discussion of philanthropic giving with their financial advisors, with the discussion centered on their values—what they are trying to achieve with their giving—rather than the tax benefits they may be able to secure.

Costello pointed Nonprofit Quarterly to another report of U.S. Trust, a 2013 survey of high net worth donors and their financial advisors. The survey, conducted in conjunction with The Philanthropic Initiative (TPI), reported that donors and advisors have very different perceptions of who initiates the conversation about philanthropy and what that conversation entails:

The “advisors” report seems to confirm Costello’s take on the impact of the charitable deduction:

“Evidence of a disconnect on the topic of taxes was found when advisors cited a belief that 40 percent of HNW individuals would reduce their giving if the estate tax were eliminated, and that 78 percent would do so if income tax deductions for donations were eliminated—whereas just six percent and 45 percent of HNW individuals, respectively, indicated that they would reduce their charitable giving if these tax policy changes occurred.”

Only 10 percent of the high net worth survey participants report that reducing their tax obligations is the motivation for their charitable giving, but 46 percent of HNW advisors believe that reducing taxes is the reason.

The U.S. Trust reports indicate that her wealthy clients—perhaps not in the Zuckerberg/Ellison class, but comfortably ensconced in the nation’s top 1 percent—want to talk about values, want to think about their charitable giving plans, want to “instill charitable values” in their children and grandchildren, and for their giving want to better understand how nonprofits might use their gifts and how they can better connect personally with the charities they might want to support.

Hopefully, if the advisors are telling the truth about their interest in talking philanthropy with their clients, they are advising them of the greater good to be accomplished by giving to nonprofits than by buying entire islands as their personal Xanadus. Hopefully, if the high net worth donors in the U.S. Trust surveys are telling the truth, they really want to do something useful and meaningful with their money rather than sticking it to the taxpayer for maximum tax deductions. It would be so much more meaningful if the super-rich and even the not-quite-so-super-rich were to eschew the tendency for conspicuous consumption and substitute social responsibility as their normative behavior.

“Throughout the entire evolution of conspicuous expenditure, whether of goods or of services or human life, runs the obvious implication that in order to effectually mend the consumer’s good fame it must be an expenditure of superfluities,” wrote economist and sociologist Thorstein Veblen in his treatise on the leisure class more than a century ago. “In order to be reputable it must be wasteful.” In the charitable giving of high net worth individuals and households, hopefully the trend can be to shift from conspicuous consumption to conspicuous social responsibility.