How Zuckerberg’s $100 Million for Newark Schools Actually Turned Out 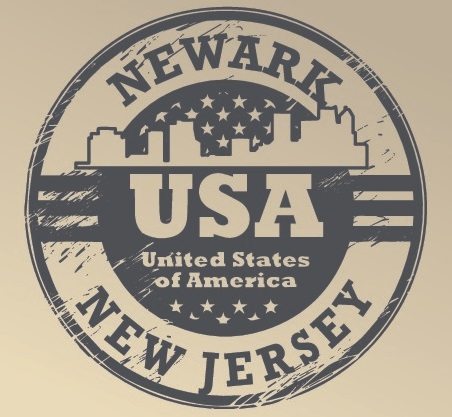 Dale Russakoff has a long piece in the New Yorker on the impact of Mark Zuckerberg’s $100 million donation to the Newark public schools. The article is well worth a read, an excellent example of the long-form journalism that is becoming increasingly rare in the face of the obsession with boiling complex issues down to a few oversimplified paragraphs online. Russakoff tells the story of the interactions of three people: Zuckerberg, the donor; Cory Booker, the Democratic mayor of Newark; and Chris Christie, the Republican governor of New Jersey. Russakoff astutely captures the long friendship of Booker and Christie, noting that Booker “had been a champion of vouchers and charter schools for Newark since he was elected to the city council, in 1998,” though in his campaign for mayor, Booker distanced himself from vouchers.

Long before the alliance between Mayor Booker and Governor Christie, Councilman Booker was a hero and icon to the school reform movement. In a speech to the conservative Manhattan Institute, he challenged the notion of keeping kids stuck in a “repugnant” school system: “I define public education not as a publicly guaranteed space and a publicly run, publicly funded building where our children are sent based on their Zip Code,” Booker said. “Public education is the use of public dollars to educate our children at the schools that are best equipped to do so—public schools, magnet schools, charter schools, Baptist schools, Jewish schools.” Upon being elected mayor, Booker pushed for charter schools, raising substantial funds for the Newark Charter School Fund from the Gates, Walton, Robertson, and Fisher foundations and overseeing the creation of about 15 charters run by Uncommon Schools and KIPP, among others.

Booker pitched Christie on an alliance to transform public education in Newark, long an exceptionally troubled school system, but the largest public employer in the city and strongly supported by the unions. That sparked Christie’s interest, and an alliance was born with a goal “not just to fix the Newark schools but to create a national model for how to turn around an entire school district.” Booker’s plan was “to make Newark the charter school capital of the nation” through a top-down process that bypassed the city’s political process and an infusion of philanthropic support that, “unlike government, required no public review of priorities or spending.” Christie gave it his enthusiastic approval.

Their plan for “transformational change” attracted Facebook’s Mark Zuckerberg, who pledged $100 million to advance their agenda. Zuckerberg had told Booker that he was looking for “a city that was ready to revolutionize urban education,” and they quickly hit it off. Booker presented Zuckerberg with a reform plan, beginning with a new labor contact that tied teacher compensation to student performance with bonuses as high as 50 percent of salaries. (The 26-year-old Zuckerberg was a big opponent of tying any salaries to seniority.)

Though pledging to let Newark lead on the use of his grant funds, Zuckerberg did no such thing. Rather, he put his money into a new foundation, the Foundation for Newark’s Future, whose board included the mayor and eventually donors of more than five million dollars—which, other than the mayor, pretty much left Newark out of the driver’s seat. A community advisory committee was created two years after the foundation, by which time most of the money had been committed to charter schools and the labor contract. In the first couple of years of the Zuckerberg money, some $20 million went to various consulting firms, including a substantial payment to Christopher Cerf’s firm before Cerf went on to become Christie’s state commissioner of education.

Zuckerberg expected a single-minded focus from Booker on education reform, but Booker had to deal with the reality that he was mayor of all of Newark, not just the schools. The City was next to bankrupt, forcing Booker to lay off a quarter of the city’s workforce, including nearly every new police recruit who had been hired during his first term—at a time when crime was skyrocketing. Zuckerberg, along with Booker and Christie, thought the philanthropic gifts and the reform agenda would unite Newark, but that didn’t happen.

Oddly enough, a major part of the breakdown of the plan occurred as a result of Booker’s appointment of Cami Anderson as schools chancellor. A product of Teach for America and other ed reform groups, Anderson was surprisingly underwhelmed by the Booker/Christie focus on charters. According to Russakoff, Anderson “pointed out that, with rare exceptions, charters served a smaller proportion than the district schools of children who lived in extreme poverty, had learning disabilities, or struggled to speak English. Moreover, charter lotteries disproportionately attracted the ‘choosers’—parents with the time to navigate the process. Charters in Newark were expected to enroll forty per cent of the city’s children by 2016. That would leave the neediest sixty percent in district schools.” The problem, generally ignored by charter school advocates, boiled down to “how to expand charters without destabilizing traditional public schools.”

To accomplish Anderson’s and Booker’s agenda, they negotiated labor contracts with teachers and principals, leaving the school system with a large budget deficit despite the influx of philanthropic support, which caused her to lay off counselors and other staff. “We’re raising the poverty level in Newark in the name of school reform,” Anderson told a group of funders. “It’s a hard thing to wrestle with.” The opponents of the Booker/Christie/Anderson plan united behind Central High School principal Ras Baraka, son of famous poet Amiri Baraka, who declared his candidacy for mayor as Booker was ogling running for the U.S. Senate. Among reformers, Anderson was also losing support from the education reform crowd because of her decision to go slow on charters, which reformers so often view as panaceas.

In the wake of the turmoil of the budget and other reforms, Anderson and a consulting group that received $3 million over two years generated a new plan—One Newark—that basically eliminated neighborhood schools by assigning students among 55 district schools and 16 charter schools, part of Anderson’s strategy of reducing the selection bias inherent in charter school systems. However, there were no plans for transportation built into the plan, and it called for “more than a third of Newark’s schools…[to] be closed, renewed, relocated, phased out, repurposed, or redesigned.” There were no solid plans in One Newark for accommodating students with learning disabilities, and there were gaps in terms of charter coverage: One Newark said that charters would serve K-8, but it soon became apparent that the charters taking over some schools only agreed to K-4 pupils.

Christie pledged to support Anderson, now that Booker had gone to the Senate, but then Christie encountered his own problems with “Bridgegate,” which limited his attention to Newark public education issues. With Booker gone, Baraka looks like he is going to win the next mayoral election against his education reform-backed opponent, Shavar Jeffries. Interestingly, Jeffries, however, seems to understand the weakness in the thinking of those reformers who imagine that reform has to be top-down because unions and politicians will always beat reformers the polls.

“Education reform…comes across as colonial to people who’ve been here for decades. It’s very missionary, imposed, done to people rather than in cooperation with people,” Jeffries says. “This is a democracy…. You have to build coalitions and educate and advocate…At some time, you have to persuade people.”

Thanks, Dale Russakoff, for an insightful look behind the ballyhoo of education reformers and education traditionalists into the issues, compromises, tradeoffs, and realities of government, schools, and people.—Rick Cohen