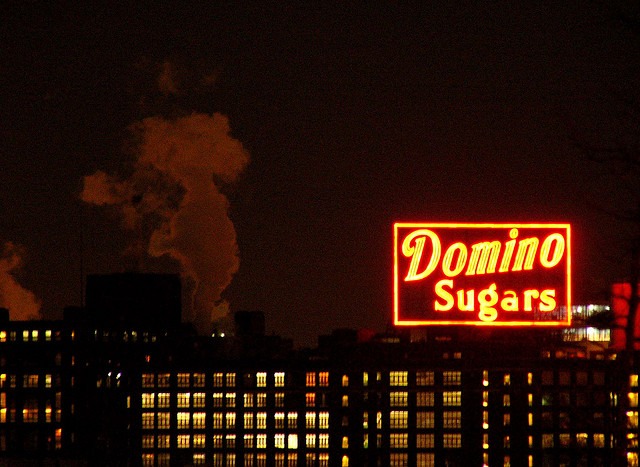 HUD’s Rental Assistance Demonstration (RAD) program was primarily created to permit local Public Housing Authorities (PHAs) to gain access to private capital for rehabilitation or reconstruction of old public housing units. But some believe that although it has been established to answer one set of problems, it may create and intensify others. As a report from WYPR public radio states, “RAD’s proponents say it will bring a long-overdue investment from private developers into under-funded public housing in poor neighborhoods. But critics say it will let private businesses control a federal program that should remain just that—publicly funded.”

The WYPR story, “After 80 Years Of Public Housing, The State Of Low Income Housing In Baltimore,” accurately captures the dilemma: Capital improvement funding from Congress has not kept pace with the rehabilitation needs in public housing that have been created by years of neglect and mismanagement. Instead of investing more public money, this program encourages the use of private development capital. HUD states that this makes the program “cost neutral” for the government. For tenants, the change is kind of like going from a defined benefit pension to a defined contribution (403b) pension. The tenant who is used to the stability of public housing sees new uncertainties.

Anti-RAD activists in Baltimore and around the country focus on fears of a loss of affordability and increased scrutiny at the point of screening, which will eliminate housing opportunities for many who formerly qualified. (These same concerns were noted in a previous NPQ newswire, “New Public Housing In New Orleans Touches Local Lives and National Policies.”) Beneath those specifics lies a historic memory that goes back as far as the treatment of Native Americans by Western European settlers and continues through the federal urban renewal policies of the 1950s, which were frequently reviled as “Negro removal.” Assistant Professor Lawrence Brown of Morgan State calls the land that the public housing sits upon “a gold mine” of potential gentrification.

Stability is key for renters everywhere in the U.S. With few exceptions, the watchword in conventional rental housing is, “If you don’t like it, move” but tenants in federally assisted housing have more protections. Federally assisted tenants have a “no cut” lease based on the principle of “just cause” termination. In other words, if you pay your rent and follow the rules, your federally assisted ease continues indefinitely. Public housing offers an additional layer of security because PHAs are locally governed with additional tenant protections, including a formal “due process” grievance procedure and other regulatory protections. The civil service mentality of public housing officials is often in sharp contrast with the private enterprise mentality of real estate developers, even those who receive federal subsidies.

Stories like the plight of the tenants at Hampshire Park Towers in Takoma Park, Maryland fuel the sense that privately subsidized rental housing is just not secure. Household stability is why people who are over the income threshold sometimes cling to their public housing units. But, the argument goes, the social costs of this household stability are racial and economic segregation and “multigenerational poverty.”

Reducing residential segregation is the thrust of many new HUD initiatives. Public housing is part of the “architecture of segregation” described in a New York Times editorial this past weekend:

As things stand now, federally subsidized housing for low-income citizens, which seems on its face to be a good thing, is disproportionately built in poor areas offering no work, underperforming schools and limited opportunity. Zoning laws in newer suburbs that rest on and benefit from infrastructure built with public subsidies prevent poor, moderate-income and minority families from moving in. Discriminatory practices exclude even higher income minority citizens from some communities.

RAD comes into this culture of public housing stability with new regulations, new players (private developers and their management company), and new neighbors. In its several iterations of this program concept, HUD has fine-tuned the protections to reassure tenants. One example of such bridging is that tenants in a RAD project have the rights both of tenants in federally-assisted private housing and the traditional rights of tenants in public housing. Some of the voices in the WYPR story illustrate this bridging between a traditional Resident Advisory Board (a regulated tenant organization) and the more freewheeling advocacy efforts of the Right to Housing Alliance. In traditional public housing, there’s no room for input from any residents outside of the formal Resident Advisory councils.

Here’s the tradeoff for tenants: better conditions in new or rehabilitated units and new amenities, but maybe less security if Congress backs away from supporting Housing Assistance Payment (HAP) contracts that will finance the new RAD subsidies. Could that happen? Yes. The reality is that Congress can fail to provide funding for these contracts. The current funding levels for HUD HAP contacts may not be adequate to renew all the current contracts. HUD’s spin on this issue is, “In RAD, units move to a Section 8 platform with a long-term contract that, by law, must be renewed. This ensures that the units remain permanently affordable to low-income households.”

In some places, RAD may also bring the hope for real mobility because RAD permits developers to choose either project-based rental assistance (subsidy tied to the unit) or project-based vouchers (subsidy that moves with the tenant after a specified period of time).

Is this coming to a city near you? Transforming the public housing model from “social housing” to “free enterprise” is not just a Baltimore issue and not just the “demonstration” the name suggests. In Fiscal 2015, Congress raised the RAD program cap of 60,000 to 185,000 units, which is more than enough to fund all the applications in the pipeline.

We would love to hear from readers on this trade-off.—Spencer Wells