Humanitarian Aid Delivered by Drones: A New Frontier for NGOs? 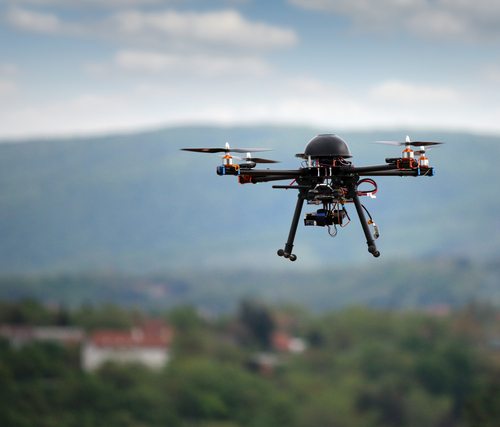 Drones conjure up scary images of unmanned aerial vehicles launching missiles at unsuspecting targets. We’ve been told the unmistakable sound of drones terrifies people, regardless of whether they might be targets or simply just in the vicinity. According to Kaveh Waddell of the National Journal, drones such as “Raptors,” “Predators,” and “Reapers” were once unique symbols of American military superiority, but have now been “democratized” as many military forces—the UK, Israel, Iran, and even Hamas and Hezbollah—have developed and deployed drones for attack, rather than surveillance.

The latest evolution of drones in the world is in humanitarian relief. A British-Dutch company called Skycap recently demonstrated its technology of disaster relief drones. Skycap’s Steve Roest told the Telegraph that his company’s drones would allow aid groups to bring medical supplies and food to disaster zones that might otherwise be very difficult to reach.

Thanks to the U.S. military’s naming its drone products after vicious hunting beasts, drones have a public image problem. On the left, drones have all the public acceptability of sweatshops, while on the right, ultra-conservative ideologues call for shooting down drones as though they were the latest iteration of black helicopters. There is, however, a significant effort underway to improve the image of drones—not just by eliminating the use of the word, which has almost unending bad connotations, but by promoting positive drone functions such as tracking endangered species, providing farmers with crop analysis, and, of course, delivering humanitarian aid.

Skycap is not the first to enter the humanitarian drone space. In 2013, a U.S. start-up company called Matternet announced that it had tested humanitarian aid drone prototypes in Haiti and the Dominican Republic. This year, the United Nations announced it was using unarmed drones, operated by the Italian aerospace company Finmeccanica, to assist UN peacekeepers around Goma in the Democratic Republic of the Congo, with the aim in part of helping peacekeepers identify where civilians might be in the line of fire. A wealthy couple from Malta is planning to finance drones to be used to support refugees crossing the Mediterranean looking for asylum in Italy.

Like their attractiveness to military authorities, there is something about the unmanned aspect of drones that might elevate their use in the delivery of humanitarian aid, but still be problematic. For militaries like the American armed forces using drones in Pakistan and Yemen, drones avoid putting American soldiers and airmen at personal risk, but in doing so, they depersonalize and almost sanitize otherwise deadly warfare; the consequences of drone attacks are several arms-lengths distant from the personnel who monitor the videos and authorize the attacks.

There may be something similar at work for humanitarian aid in disaster zones. While drones might be able to get aid to places where roads are impassable, they might also deliver aid to areas where conflict conditions make the involvement of NGO staff very dangerous. According to Interaction, the trade association of international aid NGOs, “Over the past 10–15 years, the operational environment of NGOs has become increasingly dangerous. Serious incidents—killings, kidnappings, or attacks that cause serious injuries—are on the rise as are politically-motivated attacks against humanitarian workers.”

Reducing the vulnerability of NGO workers in danger areas like South Sudan, Yemen, Pakistan, Afghanistan, and the Congo through the use of drones for humanitarian aid deliveries might be important, but will drones in humanitarian aid, much like their impact in other areas of human activity, shrink the realm of human interaction that is so necessary for deep, mutual understanding?—Rick Cohen