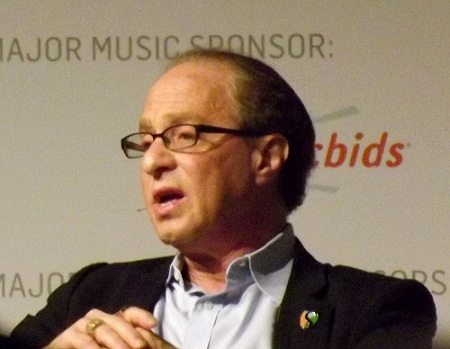 This week, Google began working with its newly hired director of engineering: Ray Kurzweil. NPQ readers may know Kurzweil as the futurist co-founder of the nonprofit Singularity University. The Silicon Valley-based university “creates a global network of like-minded entrepreneurs, technologists and young leaders to participate in crafting a road map to guide the evolution of…disruptive technologies.”

Kurzweil’s ideas are the stuff of science fiction novels, though Kurzweil is dead serious about them. He suggests that human beings will not be able to keep up with the intelligence of technology and, as a result, he predicts that we will need to make ourselves about a billion times smarter by merging with technology in a physical sense that he refers to as “the singularity,” drawing on a concept from physics. He predicts that this will happen by 2045; rather than using (and sometimes losing) our smartphones, Kurzweil says that we’ll have a microchip that can do all of the same functions implanted and connected in our bodies. At the cellular level, he predicts that nanobots will help keep us healthy by detecting and beating up unwanted intruders like cancer.

If it all sounds a bit far fetched, consider that IBM recently announced that it expects computers to be mimicking the human senses of touch, taste, smell, sight and sound in just five years. In Kurzweil’s vision, we will evolve to become what science fiction fans have often referred to as cyborgs: beings that are part human, part machine. Kurzweil discussed his joining Google as director of engineering on his personal website:

“…In 1999, I said that in about a decade we would see technologies such as self-driving cars and mobile phones that could answer your questions, and people criticized these predictions as unrealistic. Fast forward a decade — Google has demonstrated self-driving cars, and people are indeed asking questions of their Android phones. It’s easy to shrug our collective shoulders as if these technologies have always been around, but we’re really on a remarkable trajectory of quickening innovation, and Google is at the forefront of much of this development. I’m thrilled to be teaming up with Google to work on some of the hardest problems in computer science so we can turn the next decade’s ‘unrealistic’ visions into reality.”

Kurzweil’s Singularity University has occasionally been compared to a cult (a notion that its self-description as a place for creating “like-minded” leaders does little to alleviate). But whatever you think of Kurzweil’s concepts, his hiring by Google seems a strong statement of how this tech leader views the future. Google’s motto may be “Don’t be evil,” but Kurzweil’s might as well be “Don’t be so darn human.” Put them together and what do you have? Benevolent cyborgs? –Mike Keefe-Feldman