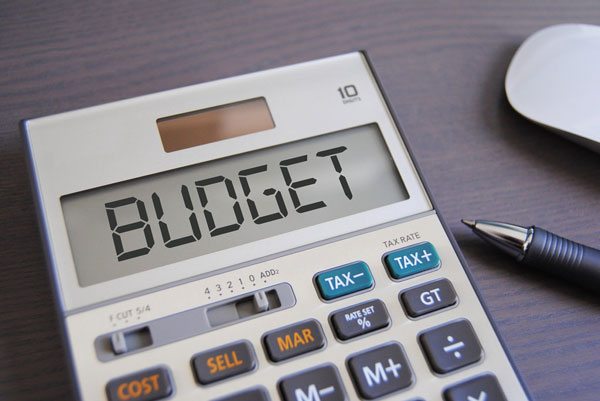 Late on Tuesday afternoon, the Illinois House of Representatives concurred with Sunday’s vote by the state senate and overrode Governor Bruce Rauner’s veto, giving Illinois its first budget since Fiscal Year 2015. The scene surrounding that passage is a story for another day, but “dramatic” suffices as a descriptor for now.

For more than two years, Illinois has been operating under a patchwork of limited temporary budgets and court orders that left state universities, public schools, and many nonprofit organizations seriously wounded. Even this limited level of spending exceeded the state’s tax income, resulting in a $14.7 billion backlog of unpaid bills that left many nonprofits struggling to survive while they waited months for payment by the state.

The budget under which Illinois will now operate will bring a degree of stability that has been missing. The Chicago Sun-Times reported that the $36 billion budget that was enacted includes a permanent increase in individual and business income taxes that will bring in $4.6 billion per year, along with “$2.5 billion in spending cuts and 5 percent in across-the-board cuts to state agencies. It also includes reductions to state programs, grants and other expenditures.”

After passing the budget, House Speaker Michael Madigan said, as reported by the Chicago Tribune, “Today, Republicans and Democrats stood together to enact a bipartisan balanced budget and end a destructive 736-day impasse. The people in this chamber did not do what was easy today. But we did what was right for the future of our state.”

Rauner saw the vote as a failure to address the issues he sees as threats to the state’s future health, describing it as

another step in Illinois’ never-ending tragic trail of tax hikes. Speaker Madigan’s 32 percent permanent income tax (rate) increase will force another tax hike in the near future. His tax-and-spend plan is not balanced, does not cut enough spending or pay down enough debt, and does not help grow jobs or restore confidence in government. It proves how desperately we need real property tax relief and term limits.

The Ounce of Prevention Fund, which laid off its full-time service staff due to its inability to finance delayed state payment, issued a press release that seemed to capture the relief of the nonprofit sector, saying, “While it will take some time for early childhood programs to rebound from the impasse, with this override, we are relieved that early childhood programs will be able to shift their focus to rebuilding their programs, providing vital services for children and families, and planning for the future of the children and families they serve.”

Rauner’s concerns remain to be dealt with and still threaten the state’s economic health. In the aftermath of the heated two-year battle between the Republican governor and the Democratic legislature, can these difficult issues be addressed? If not, Illinois’ overall health may not improve very much and schools and nonprofits will continue to feel the pain.

Illinois is not alone in struggling to deal with difficult financial times for states. Ten other states went beyond the July 1st start date of their fiscal years without a balanced budget. Bloomberg News observed that this year was not normal:

In a poor economy, states often freeze spending while lawmakers and the chief executive work out how to plug budget holes. This year’s standoffs, though, comes amid record stock-market gains and low national unemployment. Some disagreements even split members of the same party: Delaware, with a Democratic governor and legislature, finally struck some agreement two days late; Wisconsin, led entirely by Republicans, was hung up on transportation and school funding.

While the overall U.S. economy has been growing for the past eight years, many states have not seen their revenues boom to meet growing costs. John Hicks, executive director of the Washington-based National Association of State Budget Officers shared his perspective with Bloomberg, saying, “the pressure is mounting as state tax revenue generally has recovered more slowly from the most recent recession than from earlier downturns, personal income-tax revenue growth is lackluster and spending cuts don’t fill the gap.” Disputes over how to resolve this dilemma have proven hard to resolve, pushing the budget approval into overtime and resulting in uncertainty for those dependent on state funding.

In a recent NPQ story, Jim Schaffer described the expected impact of Connecticut’s budget woes. Until it follows Illinois’ lead and passes a budget, Connecticut will be operating under an executive order that Governor Dannel Malloy said “offers…less ability to avoid very deep cuts that will have a very real impact on our state and its citizens…[while]…my focus will be on protecting services for our most vulnerable: the mentally ill, the developmentally disabled, and others who simply cannot care for themselves….even these services will need to be scaled back in one form or another.”

Gian-Carl Casa, President and CEO of the Connecticut Community Nonprofit Alliance, told the New Haven Register that these “are devastating funding cuts to community-based providers. Thousands of people are going to be affected. Many of these providers are going to tap into their savings and others are going to close.”

In some states, the impact on nonprofit organizations has been less significant. Pennsylvania was able to pass a budget, but its legislature is still working to find another $2 billion in new funds or spending cuts to bring it into balance. If the spirit of compromise that allowed the budget to pass cannot be found as legislators search for funding, Pennsylvania will be forced to relive the pain of last year, when they limped through the first six months of the year without a full budget.

Maine’s government was shut down for two days as the governor refused any increase in taxes while the legislative leaders insisted on more money for education. When the governor finally signed a budget early on Tuesday, he got tax increases pulled from the plan, but schools got $167 million more in state funding.

Wisconsin is totally controlled by the Republican party, and remains budgetless. The issue is how to pay for roads and schools; according to the Wisconsin State Journal, “The major highway development program, which funds large highway expansions, would see a 45 percent funding cut in the next two years, from $641 million to $352 million, if no new budget is enacted.” The Governor wants to borrow, and members of the legislature want to pay for it by with increased taxes. Because the state’s constitution allows the government to continue to operate based on the prior year’s budget levels, the stalemate can continue without major impact.

In Delaware, WBOC reported that a budget compromise became possible when “Democrats gave up their insistence on raising personal income taxes and Republicans agreed to drop demands for reforms to Delaware’s prevailing wage law.” The final budget deal had enough new revenue to allow a restoration of millions of dollars in grants for the state’s “nonprofit organizations, community groups and volunteer fire companies.”—Marty Levine