In 15 Minutes, Everybody Will Be Famous; Warhol’s Still Got It! 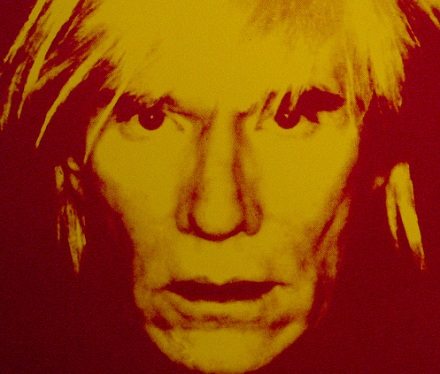 “In the future, everyone will be world-famous for 15 minutes.”

“I’m bored with that line. I never use it anymore. My new line is, ‘In 15 minutes, everybody will be famous.” –Andy Warhol

Christie’s, the renowned auction house, will host a multi-platform sale of 20,000 pieces of the late Andy Warhol’s work starting in November. The work is projected to bring in approximately $100 million and is the remainder of Warhol’s art, including silk-screen paintings, drawings, prints, collages, photographs and archival materials that are now being held in trust by the Andy Warhol Foundation for the Visual Arts. The foundation, which has a $225 million endowment according to the Wall Street Journal, has made $250 million in donations to nonprofits, museums and individuals since 1987, when it was founded.

Foundation Chairman Michael Strauss says, “For a quarter of a century, the foundation has carefully honored and preserved the artistic legacy of Andy Warhol by pursuing the mission laid out by him—to advance the visual arts. It has done so principally through grants funded by sales of artworks left to the foundation in Warhol’s will, as well as through gifts of such works to museums. We have now chosen to mark the foundation’s 25th anniversary year by expanding the scope of our art sales in order to increase our future grant-making capacity. Christie’s enthusiasm for this endeavor, its deep experience with Warhol’s work, and its spirit of innovation all combine to make it the ideal partner for this venture.” The foundation’s divestiture of the art will also cut its operating costs significantly, allowing it to focus more completely on grantmaking.

Warhol’s prolific output produced work that varies widely in value from a few thousand dollars to tens of millions. Some collectors are worried that by placing so much up for sale in a short period of time, the estate will flood and overwhelm the market. Five years ago, one collector reportedly paid $71.7 million at auction for “Green Car Crash” (1963), so this perspective is understandable. The sale is slated to begin right after a retrospective of the artist’s work opens on September 18 at the Metropolitan Museum of Art. Christie’s is building a special promotional website that will be up in October and starting in February 2013, it will begin a series of online “flash auctions” in which pieces will be sold at “approachable price points.” This format is seen as a “game changer” where fine art auctions are concerned.

Christie’s CEO Stephen Murphy says, “I think it’s going to blow open the doors to a wider, [more] global audience than we could reach in a traditional sale.” The game-changing aspect may be more about the timing and the artist in question than about the use of the technology. Sotheby’s experimented with online-only auctions in 2003, but with few participants. Now, not only may the market be more ready for such an endeavor, but the Christie’s plan also benefits from the combination of Warhol’s high and wide profile and the reliable authentication of the art. –Ruth McCambridge