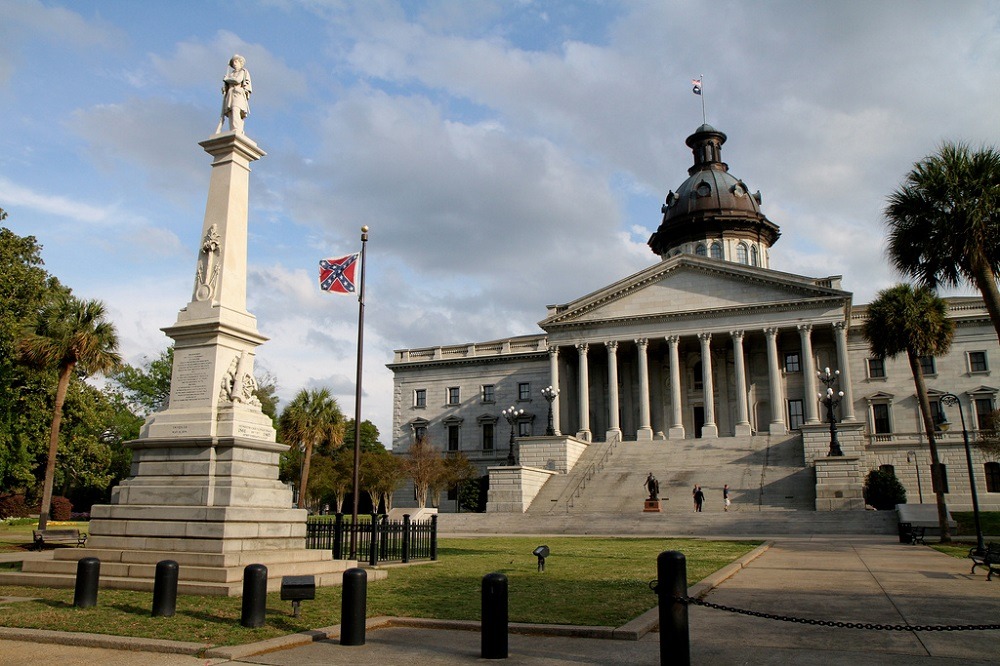 It’s been almost a year since Michael Brown’s shooting ignited a frenzy of Internet activists, community organizers, and social justice leaders. As NPQ’s coverage of the Black Lives Matter has shown, civil disobedience and social media have gone hand in hand as situations like the Charleston shooting, Eric Garner’s death, and the slew of slain unarmed black men and women continue to illustrate how racism is an established force in our society. Social media has been the natural medium for many to react and communicate amid this frenzy. But there has been nothing yet quite like Bree Newsome, the woman who scaled a flagpole in South Carolina and tore down the Confederate battle flag.

Readers may remember NPQ’s coverage of the controversy last week concerning the flag. Politicians spanning the partisan spectrum from Mitt Romney to Bernie Sanders called on South Carolina to take down the Confederate flag following the Charleston shooting. While some said they considered the flag part of the South’s heritage and history, others stood behind their belief that history is founded on the vitriol of slavery and racism.

On Monday, the South Carolina state legislature had enough votes to remove the flag from the Capitol. But two days earlier, while politicians waged their wars with words and lobbied legislatures, Newsome, a 30-year-old North Carolina resident and community organizer, climbed the flagpole in front of the South Carolina state capitol building using a metal harness and removed the flag herself. She was promptly arrested afterward, but her smile—and the social media response to her proactivity—reflects a victory.

Artists online have reimagined Newsome into a superhero while other members of the public continue to fundraise for her legal fees. An Indiegogo campaign has raised more than $120,000.

Newsome did not act alone. According to a statement she gave to the Blue Nation Review, Newsome and a “small group of concerned citizens, both black and white” came to the decision to remove the flag.

“We discussed it and decided to remove the flag immediately,” said Newsome in her statement, “both as an act of civil disobedience and as a demonstration of the power people have when we work together. Achieving this would require many roles, including someone who must volunteer to scale the pole and remove the flag.”

“It was decided that this role should go to a black woman and that a white man should be the one to help her over the fence as a sign that our alliance transcended both racial and gender divides. We made this decision because for us, this is not simply about a flag, but rather it is about abolishing the spirit of hatred and oppression in all its forms.”

In many ways, Newsome and the group’s response is a direct response to the very issue at the heart of these conflicts: a lack of power and control over their circumstances. In those situations where law enforcement is in control, they have seen their friends, family members and strangers killed. Where they have tried to assert their power or control, they have also been killed.

This protest draws on the fundamental power given to the American people to act and bring justice when the government will not. After Michael Brown and Eric Garner, many may have forgotten the purpose of a grand jury: to give the people the power to stop an unjust prosecution.

Supreme Court Justice Louis Brandeis said, “In a government of laws existence of the government will be imperiled if it fails to observe the law scrupulously. Our Government is the potent, the omnipresent teacher. For good or for ill, it teaches the whole people by its example. Crime is contagious. If the Government becomes a lawbreaker, it breeds contempt for law; it invites every man to become a law unto himself; it invites anarchy.”

However, the people’s power to counteract the government is most effective when exercised prudently by the masses. “Whether the topic is trending nationally or it’s an issue affecting our local communities, those of us who are conscious must do what is right in this moment,” says Newsome. “And we must do it without fear. New eras require new models of leadership. This is a multi-leader movement. I believe that. I stand by that. I am because we are. I am one of many.”—Shafaq Hasan