In Arkansas, Philanthropy Supported Local Reporters; What about Sustainability? 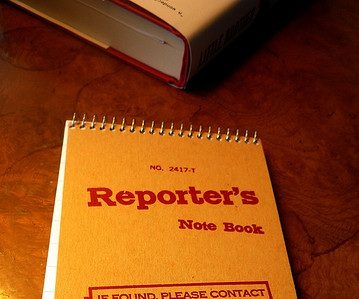 To help local papers hire reporters, the Arkansas Community Foundation (ARCF) has, according to this article, been partnering with the Knight Foundation’s Knight Community Information Challenge, which sees good local journalism as key to healthy communities. But the program’s grant period has come to an end and the Arkansas Times reports that this means that the papers will once again struggle to maintain those positions.

According to the Times, the program was similar to Teach for America in its conception. ARCF matched a two-year $252,000 grant from the Miami, Fla.-based Knight Foundation to help hire five reporters—one each for Areawide Media, the Stuttgart Daily Leader, the Texarkana Gazette, the Madison County Record and Russellville, Ark.’s Courier. The grants were awarded in July of 2009.

Sarah Kinser, a spokesperson for ARCF, said the local papers were excited and that the grants could “really make an impact on the reporting of local news.” The project’s website, WriteForArkansas.org, touts ARCF’s belief that “we believe a single reporter can make a big difference.” ARCF’s philanthropy wrought reporting on everything from local elections and animal cruelty to changing local demographics and hunting. Click here for a sampling from the five reporters that were staffed by the grants.

But now, according to the Times, the grant money has been spent out and while two of the five reporters have been promoted to editors at their papers and the Community Foundation believes that another two may be retained by their respective employers, it is unclear how much philanthropic support these papers and local reporting might get in the future, although the Community Foundation has expressed a willingness to remain involved.

NPQ does not know what the agreements between the parties were on the sustainability question but, given the state of journalism, it will be interesting to watch how these types of partnerships play out in the long run. –Ruth McCambridge