In Camera Board Sessions: Securing Confidentiality or Cultivating a Culture of Secrecy? 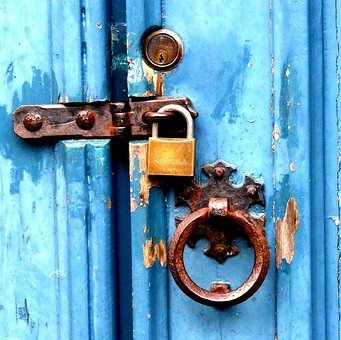 The governance of non-profit and charitable organizations sometimes requires the board and senior management to deliberate on sensitive matters. This can include personnel items such as salaries, the evaluation of the executive director or CEO, the awarding of a contract, the handling of conflict of interest situations, or legal issues.

The idea of conducting these discussions in camera has gained considerable currency. In the U.S.A., the term sometimes used is “executive sessions.” The term “in camera” is from the Latin word for “chamber.” In the context of board meetings it means an “in private” session; a meeting, or portion of a meeting, where one or more of the people normally in attendance are excused. The legal term is “recused,” which means to disqualify someone from participation in a decision on grounds that they cannot, because of a particular interest or position, objectively discuss the matter.

The ones most likely to be excused in the nonprofit context are particular board members, the executive director, or other staff members. Where organizations have “open” meetings, it can mean closing the meeting to association or society members or clients. In the municipal government context, in camera means meetings where members of the public and media are not able to be present.

There has been very little critical assessment of the merits of in camera sessions. Indeed, some sources regard the idea as a “standard” board practice. Some go so far as to recommend that boards routinely put in camera sessions on their meeting agendas, if not every meeting then maybe four times a year, even if they do not need them, so that fewer suspicions will be raised than if they were suddenly added.

In camera sessions challenge boards to assess whether the motivation for a closed or private deliberation is tied to the need for confidentiality and/or secrecy. While confidentiality is important to good board governance, secrecy can – and will – undermine it.

The following example of criteria for in camera governance sessions from a public hospital board is some indication of how ubiquitous the practice has become.While hospital boards almost certainly have many more sensitive legal issues before them than most non-profit organizations, criteria as broad as this opens the door to in camera board sessions to talk about almost any issue. Such a policy offers no guidance whatsoever to help the board distinguish the organization’s need for confidentiality from their own desire for secrecy.

The ReverendLes Stahlke, author of “Not for Profit Governance Matters: An Introduction of the Relationship Model of Governance,” suggests that the motivation to keep information confidential at the board level is to protect a person or organization; the motivation to be secret is to hurt someone or achieve a particular outcome that with full and open deliberation would not be possible.

The Certified General Accountants Association of Ontario, in its publication “Grassroots Governance: Governance and the Non Profit Sector,” states that:

The CGA Ontario publication’s first point about secrecy suggests that where the board’s discussion might involve accusations about inappropriate behaviour, poor judgment or performance, the secrecy tends to protect the “accuser” not the “accused,” that is, secrecy protects the evidence offered from close scrutiny by all who have direct knowledge to bring to bear on the situation.

The most important test of any board’s deliberation is: do we have the information necessary to make the best decision? Does excluding someone from deliberations compromise the information, expertise or perspective available to the board? Liberal use of in camera board sessions is likely to lead to poorer decisions.

Confidentiality around the board table is typically addressed in a number of ways, in camerasessions being only one.

Confidentiality is secured by the “contract” that many boards make explicit: that beyond what is reported in the minutes, board discussions will be confidential. In other words, “what is said in the meeting stays in the meeting.”  This can be part of a board member’s agreement to serve, included in a code of conduct policy for the board, outlined in board member job descriptions and meeting ground rules. Where board conversations are on sensitive issues, existing ground rules may need to be reviewed or new ones established at the outset of a board meeting or with the move to a particular agenda item.

Confidentiality is also secured by the board’s attention to, and agreement on, what is reported in its meeting minutes. A conversation about the form and substance of the minutesshould be on the board’s agenda once a year.  Also, the board should, when sensitive issues are being discussed, specify in the moment what should and should not be recorded in the minutes. “Let the minutes show” is a phrase that should be heard more often in a board meeting.

Board minutes, some would say, ought not to be considered confidential. Some organizations take the view that they are “public,” others that they are available to members, staff and others upon request. By-laws and government regulations may well speak to this issue, but boards themselves ought to be clear.

There are certainly situations were only by excluding certain individuals from the board meeting can confidentiality be protected. In camera discussions of union negotiation strategies, contract and legal issues, and certain hiring and firing decisions frequently qualify.

Conflict of interest situations, where individual directors or others are excused from a board session because they have a vested interest in the decision, might also fit here, although this is less about insuring confidentially and more about the transparency of, and accountability for, the integrity of organizational decision-making.

Avoiding a culture of secrecy

Boards need to work hard to avoid secret discussions inside and outside the board room. In the absence of trust, invokingan in camera session in order for the board to have a frank discussion, likely serves to legitimize organizationally sanctioned secrecy.

Boards and executive directors need to cultivate a governance culture of robust debate, honest dialogue and respectful listening. Such is developed, in part, through attention to building the board as a social group.

Boards must be keenly aware of their role and how they ought to be spending their time. This understanding will often give rise to the question of whether a sensitive matter might be better explored or talked about in a different forum – a committee or task group. A board should always err on the side of openness and transparency; the governance dialogue is one that ought to be visible within the organization and to the community the organization serves.

The discussion of human resource issues in general, and the evaluation of the CEO or executive director in particular, commonly trigger in camera discussions. Much more of this work should take place out in the open.

In conclusion, there is a strong argument that in camera board sessions ought to be used only in extraordinary circumstances. When they are used, and especially where confidentiality is not the sole rationale, the first order of business must be agreement on the rules or board discipline that will apply within the in camera deliberations and the reporting out of its results.

Be Your Own Boss: The Rise of Worker Co-ops, a Photo Essay