In Drought, Dairy Farmers Get Help and Hay from Fellows 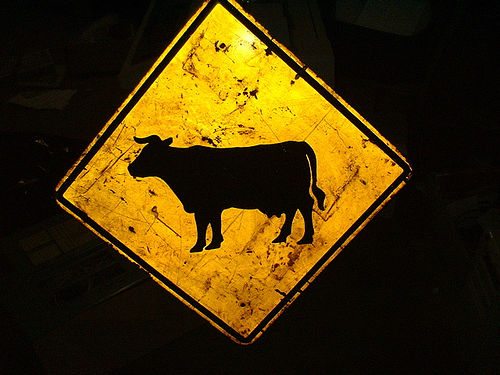 The worst drought since 1956 has hit small dairy farmers hard, so the Mennonite Disaster Service’s Eastern Ohio/Northwestern Pennsylvania unit put a call out over its network to help drought-stricken dairy farmers struggling with the soaring price of feed. “Donate hay!” was the call, and other farmers in the network have responded, sending hay to Ohio whenever shipping costs are not prohibitive.

Reportedly, small dairy farmers were already suffering from abundant supplies of milk and stagnant prices when the 2012 drought, combined with intense heat, almost doubled the price of corn, soybeans and hay. As a result, some say the ranks of small dairy farmers may shrink this year, and not just in areas of drought.

“Survival is on the minds of all,” said Dairy Farmers of America Senior Vice President John Wilson. “Whether they are in a drought area or not, their cost of production is greatly impacted by these high corn and soybean meal prices and alfalfa hay. The milk price has not kept up. The dairy commodity prices are inching up but not fast enough to offset the increased costs. So dairy farmers are really thinking about survival.”

The article acknowledges that smaller dairy farms are being edged out of the market by the very large farms. The types of networks that can create this kind of disaster relief mechanism also have the potential for other kinds of network action—in business and policymaking. It will be interesting to watch how such alternative economic mechanisms develop in the next decade, if they do. My bet is they will. –Ruth McCambridge