In Giving are Self-made Millionaires or America’s Poor More Generous? 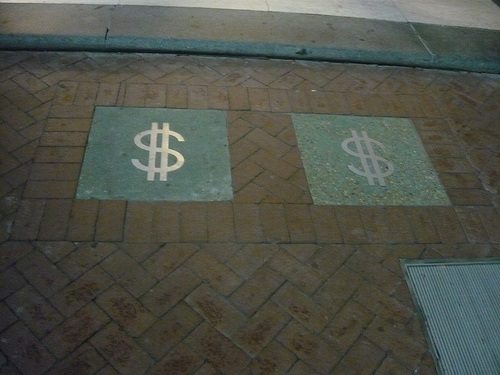 Howard Husock, a contributor to Forbes.com and the director of the Social Entrepreneurship Initiative at the Manhattan Institute for Policy Research, recently posted data about the charitable giving habits of the 400 wealthiest individuals in the United States. He argues these individuals are extraordinarily generous when you look not at the percentage of their wealth, but at the total dollars given. For example, combined, the wealthiest 400 individuals pledged $328.7 million, significantly more than what he identifies as the total $300 million in charitable contributions made by Americans in a typical year. He further demonstrates that the self-made billionaires are more generous (donating approximately 6 percent of their riches) than their peers who came by wealth through inheritance, who typically donate 3.7 percent of their net worth.

As further proof of their generosity, many of the Forbes 400 have signed Bill Gates and Warren Buffet’s Giving Pledge to donate at least half of their wealth before they die or shortly after. The list boasts the likes of Mark Zuckerberg (Facebook), Jeff Skoll (eBay), David Rockefeller, and Joan and Irwin Jacobs (Qualcomm).

Husock, sharing research completed by his colleague Claire Rogers, identified the 786 causes that received funds donated by the wealthy of the Forbes 400. This information was broken down into the various subsectors. Out of 786 causes identified, approximately 27 percent were higher education and another 27 percent arts, cultural, and other institutions (including museums, historical preservation, and non-health scientific research). Only 6 percent provided basic needs, 5 percent worked with youth/family services, and 5 percent were engaged in environmental and/or animal concerns. Even fewer gifts went to international or religious organizations. (To be clear, these represent numbers of causes, not percentages of funds given. It would be good to know the percentage of dollars given to each subsector, but the data doesn’t say.)

Ken Stern argues that Americans at the bottom of the income pyramid give a higher percentage of their income (3.7 percent) than the wealthy overall (1.3 percent). However, only the wealthy itemize. Without the benefit of itemization, those of low income are actually donating 100 percent of every dollar they hand over—unlike the wealthy, who receive a percentage back at tax season. Stern argues this distinction increases the relative generosity of the low-income.

Why are the poor so generous? It is possible, and many have argued, that living through challenges encourages empathy. Empathy lends itself easily to philanthropy. Some suggest this affects how we give. The wealthy often give to higher education (their alma mater, perhaps?), and nonprofits in the arts, cultural, and humanities subsector. The poor on the other hand are more likely to give to religious organizations or to human service nonprofits, also known as poverty-fighting charities.

Regardless, it is important to recognize that the number of charitable dollars donated in the United States doesn’t fluctuate significantly. Indiana University’s Giving USA study indicates that philanthropy hovers between 2 and 2.2 percent of the country’s GDP. As generous as we would like to believe we are, there seems to be a limit. The question is, with that money, that 2 percent of GDP, how “charitable” do we want to be?—Jennifer Amanda Jones