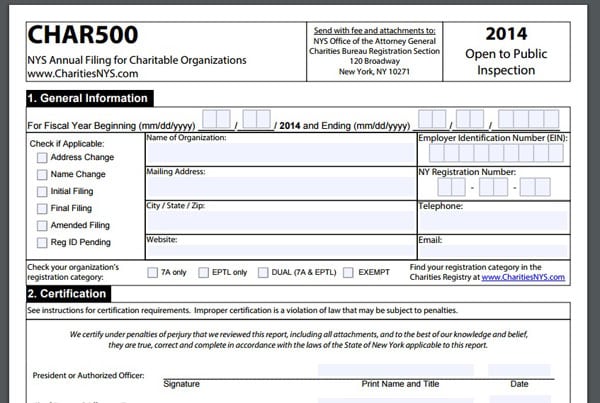 Today’s primary in New York will ask Democratic Party voters to choose one of four candidates running to represent their party against Republican Keith Wofford (selected by his party this past May) in November’s election for attorney general. Still, even while the New York attorney general’s Charities Bureau is unusually active as a regulatory force within the sector, we haven’t heard much about it on the campaign trail.

The New York State Charities Bureau is a big piece of the attorney general’s pie. Nonprofits comprise approximately 18 percent of the workforce in the state, an estimated $150 billion sector. The Bureau covers all things nonprofit: performing arts and museums, hospitals and universities, philanthropic foundations, religion-based charities to homeless shelters, social service resources for families at risk, and everything in between. It’s not just a resource for the states’ nonprofits, enforcing the law and regulations; it also educates the sector.

James Sheehan, bureau chief since 2014, graduated from Harvard Law in 1977 and has an extensive background that includes 27 years in the US Department of Justice. While there are almost two-dozen subdivisions in the AG’s office, it seems to us that the bureau that covers nearly one fifth of those employed in New York would be a terrific source of current issues and information for those interested in becoming attorney general. And yet the candidates have said little about it.

Some have spoken about the lawsuit that current interim Attorney General Barbara Underwood filed against the Trump Foundation. Fordham Law Professor Zephyr Teachout has spoken about using the AG’s office to fight the president. Rep. Sean Patrick Maloney has spoken of defending his home and community against the president with a metaphorical baseball bat. And both New York City Public Advocate Letitia (Tish) James and Leecia Eve, a Verizon executive, talk about confronting the Trump administration but while it is connected, it does not do justice to the importance of the Charities Bureau overall.

Just two candidates replied to inquiries from City & State NY about their stand within the nonprofit arena:

[Letitia] James, a former assistant attorney general who ran the Brooklyn regional office, said in an email that, if elected, she would crack down on nonprofits with “questionable charitable purposes” like crisis pregnancy centers and the National Rifle Association, and pursue cases against elected officials who “have gotten caught steering money to charities under their control.”

James added that she is “deeply aware that small, grassroots nonprofits often struggle to keep updated on changes in the law and need advice to remain in compliance.” She did not include any details about what help the bureau could offer.

In her reply, Leecia Eve did not say how she would manage the charity bureau, but she did say that as attorney general, her role would be “ensuring charitable organizations who are the beneficiaries of New Yorkers’ hard earned resources are in fact conducting themselves in a manner that is consistent with the law and the mission they’ve represented.”

But she did add that if the Trump administration repeals the Johnson Amendment, which keeps politics out of nonprofits for the most part, as it has threatened, “It would further erode our electoral system to permit tax-deductible contributions to organizations that, in turn, can advance their issues through political gifts.” Eve and James have each said that as attorney general, they would sue the federal government.

Perhaps the winner of the primary could take some time to become acquainted with the NY Charities Bureau, the job that’s done there, and the challenges the state’s nonprofits face.—Marian Conway