In U.K., Some Charity Ads Seen as Harmful to Children 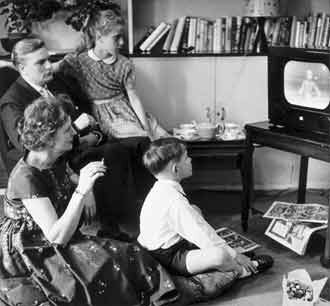 The U.K.’s Advertising Standards Authority (ASA) has released the findings of its analysis of an Ipsos MORI public opinion study that it commissioned regarding that which may be seen as “harmful or offensive” advertising. The ASA is tasked with regulating what commercials are or are not fit for U.K. television, and the polling found that the public generally thinks that the ASA is doing a good job. However, one of the research’s main findings was that 30 percent of children surveyed said they had been “bothered by an ad in the last 12 months” and, in an associated qualitative study, “most children…spontaneously mentioned charity and public service ads as those that had upset or bothered them or younger siblings recently. Some felt upset by the ads themselves, while others were worried because they wanted to help the cause but were unable to do so. Those ads were also a particular concern for parents.”

Some adults considered the level of distress that such charity or public service ads might trigger in children “inappropriate” while others felt “those ads should have more scope to shock because of their worthwhile aims.” It is a difficult question, and we suspect that the ASA’s approach—which is to look at ads on a case-by-case basis rather than trying to apply blanket standards—is the only practical way to deal with these issues. The Telegraph has assembled this collection of ads that came up in relation to the study:

Most NPQ readers will likely agree that all of these ad campaigns have laudable aims, but as you envision a child potentially seeing these commercials, do you think the messages in these advertisements are so important that the potential benefit of airing them widely outweighs the potential unintended consequence of causing feelings of fear or helplessness among some children? Or do any of the nonprofit campaigns above cross the line, and if so, should the offending commercial or commercials be removed from the airwaves, or perhaps only allowed to be shown at certain times when children are, one would hope, less likely to be viewing TV? –Mike Keefe-Feldman