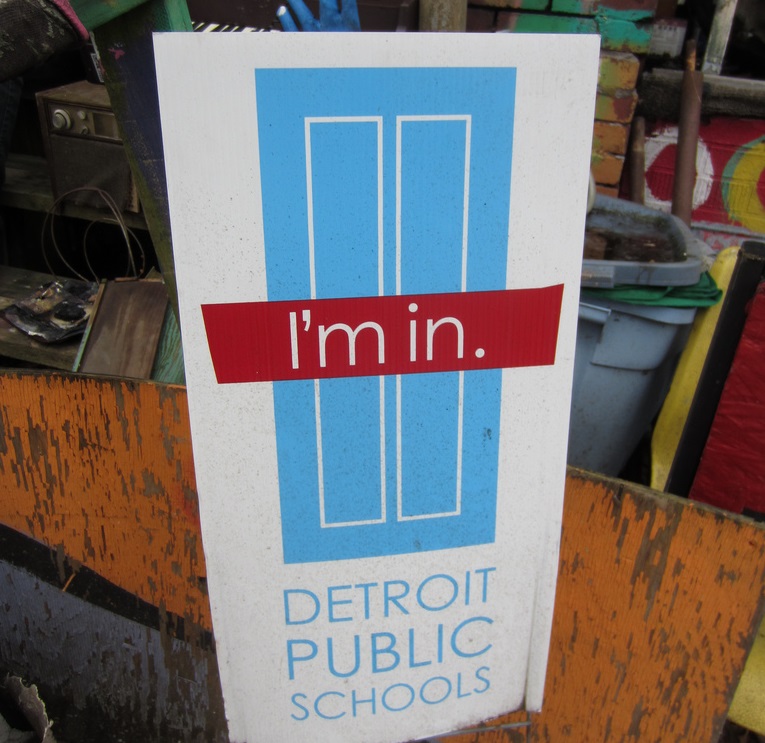 They were given the ability to come in, clean up the problems, and get out. And so there was an 18-month time limit put on their terms. Except that this governor is exploiting what amounts to a loophole in that law. So what happens is that these emergency managers serve for 17 months and 29 days, and the day before their term expires, they resign. A new emergency manager is put in place, and the clock starts ticking all over again. And they just shuffle them from one place to another. So Earley goes from Flint to run DPS. And it just perpetuates this control. It can go on, really, forever, if they want it to, denying people of their democratically elected representation, because the school board, which has been fighting emergency management every step of the way, gets completely marginalized. They have zero authority whatsoever. And that goes to the heart of the problem of this law. It eliminates the democratic checks and balances that make a democracy functional.

NPQ has been following the situation unfolding in Detroit after public school teachers took to social media and the streets to protest what many consider deplorable building conditions. As a consequence of their protests, which involved mass absences on the part of teachers in the last two weeks, otherwise known as “sick-outs,” Detroit schools have been forced to stay closed a number of days during the week, leaving parents scrambling to manage their children. In response, the school district has filed a lawsuit asking for a restraining order and temporary injunction to forcibly stop the “sick outs.”

“It is regrettable that the Detroit Public Schools seeks to punish those who speak out about the deplorable conditions in our schools,” Bailey said. “It would be so much more productive to actually do something to fix Detroit schools rather than file restraining orders against those who expose the miserable conditions.”

According to Reuters, Wednesday saw the closure of nearly all the public schools in Detroit: 88 out of 97. (The first time, on January 11th, 67 schools closed.) As accounted by district spokeswoman Michelle Zdrodowski, “44,790 of the district’s 46,325 students lost a critical day of instruction.”

“There were, however, nine district schools that stayed open today. We appreciate the teachers and staff at those schools for being in their classrooms and ensuring that their students are learning today.”

With the serious health concerns of neighboring Flint’s water system drawing so much attention, last week’s “sick out” made headlines when it drew attention to the seriously deficient conditions of Detroit’s school buildings. Speakers at a rally described the schools with such problems as “mold, leaky ceilings, busted windows, rodents, roaches, lack of heat and standing water.” The aggrieved faculty members were not shy in posting pictures to social media depicting the conditions under which they were teaching—and, consequently, students were trying to learn.

Lacetia Walker, an instructional specialist in special education for the Detroit school district, told the Detroit Free Press, “Things have been happening for so long, and I think teachers felt like they had no voice. This has been a way for us to draw attention to the conditions of the buildings, the fact that teachers’ STEP pay has been frozen for years…. We realized that nobody is coming to save us, so we have to save ourselves.”

Last week, Detroit Mayor Mike Duggan described what he saw after touring just four schools: “There were some schools that were very well maintained. There were some other schools that would just break your heart, where students wore their coats in class until it was warm enough to take them off or where children couldn’t use the gym because of the water damage.”

Despite the manifest health hazards, no quick fix seems to be in sight, and the school district doesn’t seem to have much of an explanation for the disrepair. However, as readers may remember, Detroit is only barely coming out of its bankruptcy from several years ago, and the school district is billions of dollars in debt. The bureaucratic labyrinth and lack of clear leadership reflects the complexity of a district which has been under state management for years, has a growing financial problem and little clear direction for a solution.

But plans to reorganize Detroit’s public schools and increase funding continue to be stalled in the state’s legislature. A new proposal was introduced last week, and Gov. Rick Snyder urged legislators to move forward quickly; however, there is strong opposition to the bills as written because they do not include a prompt end to state control and a return of responsibility to the elected school board. While these wheels move slowly and deliberately, it’s the children and their teachers who will be trying to learn—and hoping to not get sick.—Martin Levine and Shafaq Hasan