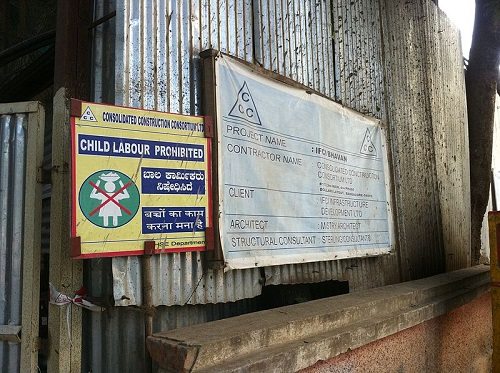 India has around 20 million registered NGOs, or around one for every 600 citizens. The Modi government appears to have them in its sights, which is giving some the jitters.

Foreign Policy reports on two developments that appear to threaten Indian civil society organisations. Firstly, the new government’s first budget, which was announced in Parliament this month, beefs up the powers of tax officials to withdraw tax exemption from non-government organizations (NGOs), charitable institutions and trusts. Second, the government has indicated that certain foreign-funded NGOs will face special scrutiny. This new focus on foreign NGOs, including such names as Greenpeace, Amnesty and ActionAid, is a response to an Intelligence Bureau (IB) report indicating that recent foreign-funded activism against development projects was hurting the economy. The IB report fails to provide evidence of this hurt, which it estimates at as much as two to three percent of the GDP.

Understandably, there has been an outcry from some in the civil sector. “The government is adopting scare tactics,” said Suhas Chakma, director of the Asian Centre for Human Rights. “It wants to ensure that nobody comes in the way of big projects.” The anti-nuclear campaigner Achin Vinaik said, “We are fearful that this is a kind of witchhunt with longer term implications to repress all kinds of popular struggles.”

India as a country was once highly reliant on foreign aid, but much has changed since 1991, when her economy was liberalized from the grip of central government and what was called the “licence raj.” Indisputably, foreign aid did make an immense contribution to India post-independence. The best known example is in the Ford foundation’s funding of the Green Revolution, which transformed rice production in India and much of Asia.

However, in common with other BRIC countries, India has slowly transformed from an aid recipient to an aid provider. Foreign funding of NGOs has decreased, and as India’s middle class has expanded, so have donations from its members in support of both local and international charities. As Greenpeace India noted in its response to the IB report, 61 percent of its funding comes from 300,000 individual Indian donors. Nowadays, international charities such as Oxfam and the Red Cross managed from their international headquarters have been replaced by autonomous Indian based and managed operations.

The concern of the IB and the Indian government appears to be that foreign-funded NGOs are not dealing with grassroots health and poverty issues, of which India has an abundance. Instead, according to the report, the “areas of action” include anti-nuclear, anti-coal, and anti-GMO protests.

Whatever the rights and wrongs of the environmental and social policy causes these NGOs espouse, an obvious question does arise: How would a Western government respond to foreign NGOs supporting activism within their borders?

The concern with the sheer numbers of NGOs and the tax-exemption rights many of them enjoy may also have its roots in rational concerns. Corruption and tax avoidance is endemic in India. Many of the two million NGOs are failing to submit details of receipts and spending to income tax authorities. Giving the tax authorities power to deregister miscreants does not seem untoward.—John Godfrey