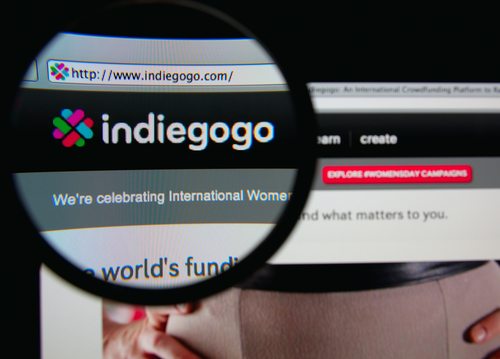 In something close to a virtual group hug, Indiegogo just made it easy to crowdfund a  personal cause. Whether you want to give a colleague or acquaintance aid during a crisis, reach out to a family member to share in a moment of sorrow or joy, or help ease the burden for a close friend facing medical or financial needs, Indiegogo Life can provide a platform to help.

Indiegogo Life is designed to “raise cash for charity runs, personal medical expenses, disaster relief funds, and more—all without giving up any of your proceeds to Indiegogo,” reports Paul Sawers in an article released Monday by VentureBeat. Indiegogo Life provides the opportunity to support those you care about in the categories of “medical needs, emergencies, celebrations, memorials, pets & animals, faith, sports, volunteer efforts, and education” without the four- or nine-percent charge usually associated with an Indiegogo campaign. The new platform is open to anyone in the world, but Indiegogo Life campaigns raise money in U.S. dollars.

The other benefit of starting a campaign with Indiegogo Life is its quick campaign setup, which cuts down the time it takes to launch and provides ease of use that could be particularly useful in a disaster relief scenario. Not requiring fees removes another barrier to entry for potential users.

The company’s announcement declared, “With Indiegogo Life, we’re delivering the necessary tools for families, friends, and even strangers around the world to connect and support one another at the most critical times.”

Danae Ringelmann, chief development officer of Indiegogo, told Wired, “We saw how many people started using the platform to raise money for themselves, a loved one, or even a stranger they wanted to help. Indiegogo Life is a response to their needs.” It offers a free, easy-to-use process for funding life events.

Indiegogo Life was also inspired in part by personal cause campaigns that have made headlines for Indiegogo, such as when a video surfaced of four teen boys bullying Karen Klein, a 68-year-old bus monitor, during a ride.” Davey Alba, reporting for Wired, tells the rest of the story:

“Canadian do-gooder Max Sidorov started a campaign on…Indiegogo with hopes of sending Klein on vacation. He set a goal of $5000, but the link was passed around until more than 32,000 people from 84 countries backed the project. The final amount raised: $703,168.”

According to TechCrunch, “The company is careful to note that this is not a system for charities, but for people who want to buy a present for a mutual friend or privately help out a family in need.” Indiegogo CEO Slava Rubin said, “We’ve always been open to any campaign. In 2010 we started seeing more ‘personal cause’ campaigns like life event fundraisers.”

The new service, which is available in English, German, Spanish, and French, is also being viewed as a way for Indiegogo to further differentiate itself from other crowdfunding platforms—most particularly its biggest competitor, the much larger Kickstarter, which, according to Wired, “has hosted 1.3 times as many completed projects.” Expanding in this area makes a lot of sense for the company because, according to Ringelmann, “Since Indiegogo launched, its personal cause category has seen triple-digit growth.”

That coupled with broadening campaign type, not taking fees and making it easy to use the platform should help them gain ground in relation to Kickstarter, which traditionally had stricter guidelines, but this summer announced plans to offer more flexibility in types of campaigns and Wired reports, “introduced a new, looser set of rules for launching projects.”—Susan Raab