Over the next two months, NPQ, in partnership with the First Nations Development Institute, will publish a series of articles that lift up Native American voices to highlight community building in Indian Country and identify ways that philanthropy might more effectively support this work. 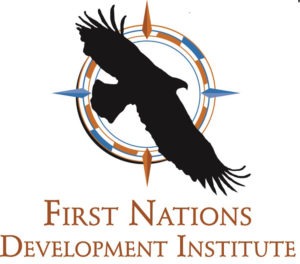 Happy Indigenous Peoples’ Day, an opportunity to rebuke the celebration of settler colonialism. I am excited to kick off an eight-week article series that will run in Nonprofit Quarterly coordinated by First Nations Development Institute. This article series will highlight voices of respected Native American nonprofit leaders who will sound off on a variety of topics related to philanthropy and its interactions with the Native American nonprofit sector. This is a rare opportunity for a larger audience to hear and learn from Native people who have been leading the way in fighting for Native communities and advocating for greater philanthropic support for the innovative work taking place in Native communities across the United States.

It is apt that this article series kicks off on Indigenous Peoples’ Day. For those who don’t know, Indigenous Peoples’ Day is the celebration of indigenous survival in the face of a genocidal invasion that began in 1492 when an Italian sailor, Christopher Columbus, stumbled upon the Caribbean islands. His arrival set in motion the extermination of indigenous peoples across the Americas, including the Taíno Indians he originally contacted in the Caribbean, and a history of slavery, sexual violence, and more.

Although Columbus never stepped foot in North America, his presence in history has created a national narrative that has glorified a brutal process of American development and at the same time diminished Native people, their sovereignty, land and culture. Across the US today, Native people continue to challenge the romanticized and false views of Columbus, pushing for state and local governments to rename the second Monday of October as Indigenous Peoples’ Day. Currently eight states and numerous cities take part in celebrating indigenous survival through the formal recognition of Indigenous Peoples’ Day. This April, New Mexico became one of the most recent states to make this change.

The myth of Columbus is important for the narrative of America because his voyage set in motion a race for empire by European nations looking for new lands filled with gold, silver, and other precious stones and metals. It would not be until the early 1500s that the Spanish would stagger across the North American continent (into parts of the East Coast, Florida, and the Southwest) and the British (home to the future framers of the American Constitution) would not arrive in North America until the late 16th century, with the first permanent English settlement in Jamestown, Virginia not occurring until 1607. And so began a history of Native American genocide, land dispossession, and the disruption of Native lifeways on the North American continent. Scholars like Patrick Wolfe and many others have called this the origins of “settler colonialism”—that is, the occupation and control of indigenous lands and resources and the erasure of indigenous peoples.

At the same time, since 1492, indigenous people across the Americas have mounted a fearless defense of land and culture, fighting to maintain their lifeways in the face of a melting pot culture that has tried to erase indigenous peoples and identities from history.

Today, the resilience of Native people and their fight to maintain their distinct identities, protect land and the environment, is present in the work taking place in the Native American nonprofit sector across the US. Indeed, “civil society” (or rather, indigenous society) in Native communities remains strong and vibrant.

One example of this vibrancy is in Hawaii—another place with an overly romanticized origin story—where Native Hawaiian people have been involved in over three months of direct action against the construction of the Thirty Meter Telescope on Maunakea, Hawaii’s most sacred mountain. (Some might highlight the Hawaiian resistance that has been happening since Queen Liliuokalani’s illegal overthrow by the US in 1893.) Similarly, on the Yurok reservation in California, the tribe is the first in the US to acknowledge the “rights of personhood” for the Klamath River. Put simply, this declaration gives the Klamath River legal rights to protect it against continued environmental destruction. (If the US Supreme Court can give personhood to a corporation in Citizens United, then surely personhood to a river must be much less offensive.) These kinds of movements may not get the attention or public support they deserve; nonetheless, they are examples of indigenous resilience and resistance, advocating for local solutions that may be keys to saving all our natural environments.

Combating the Erasure of Indigenous Peoples

On this Indigenous Peoples’ Day, one important question that comes to mind is, “Can philanthropy be a supportive ally to combat the erasure of indigenous peoples in the US?” In recent years, DEI conversations have become the flavor of the day in philanthropy. For Native communities, current DEI conversations offer the potential for greater inclusion of Native people and communities, especially in conversations around equity within the sector. But available data as it relates to DEI and Native peoples suggest that Native communities continue to be invisible, minimized, and largely forgotten within the sector.

For example, according to the Council on Foundations, Native people only represent four-tenths of one percent of all full-time paid foundation staff. In fact, there are currently only about five Native Americans who lead philanthropic institutions across the US. Moreover, according to BoardSource’s most recent Leading With Intent report, Native people continue to be invisible within the boardrooms of foundations, accounting for less than one percent of total board membership across the US. Other research has documented that individuals within philanthropy tend to be uninformed about Native issues and communities, and often hold on to misconceptions and stereotypes in making evaluations of Native people and communities. Moreover, a recent report by Native Americans in Philanthropy and Candid documents that philanthropic support of Native communities and causes has at best remained flat since 2006 and foundation dollars largely flow to non-Native-led organizations.

The false promise of DEI frameworks as a mechanism to improve philanthropy’s relationship with Native people is not necessarily surprising, given that the sector has struggled to find any empirical data that point toward positively moving the needle in advancing the values of DEI. In other words, report after report continues to document that the staff and boards of philanthropic institutions remain largely white; people of color continue to feel marginalized, excluded, and pushed-out of philanthropy; and patterns of giving especially to historically excluded and marginalized communities  has not substantively change over time.

Through frustrating, Native communities (and other people of color) must continue to push philanthropy to do better. In time, our collective voices can push for greater accountability, democratization, and decolonization of philanthropy.

In the weeks to come, Native voices from across Indian Country will discuss how current philanthropic misconceptions and practices continue to erase Native people and highlight meaningful ways to improve relationships between Native communities and philanthropy. We hope that this collection of articles contributes to the mounting push to further accountability and meaningful action by philanthropy for Native inclusion and equity.

In sum, DEI—Don’t Exclude Indians!— from being active contributors to the advancement of philanthropic practice. Native people have a lot to offer philanthropy in terms of living values of trust, responsibility, reciprocity, and accountability. We hope that philanthropy will take notice and chose to partner with Native communities toward shared interests of making the world a better place for all.

White Supremacy and the Disinformation Wars

US Disinformation Against Black Liberation, Then and Now

White Supremacy and the Disinformation Wars

US Disinformation Against Black Liberation, Then and Now