Inequality, the Ford Foundation, and Humility 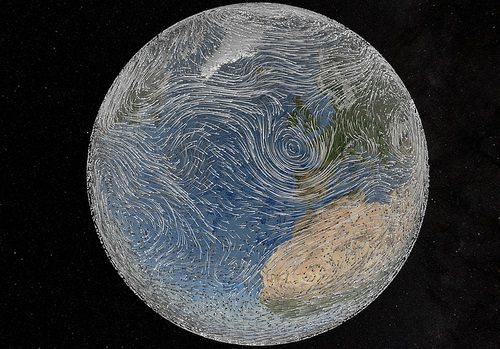 Last week, Darren Walker, president of the Ford Foundation, announced that the foundation would shift its programming to focus exclusively on grantmaking that addresses inequality. In many ways, the move was very much in character for the evident culture and values set of the current leadership:

“Among these many trends, the one we returned to again and again was the growth of inequality in our world. Not just the economic disparities that have emerged in global debates these past few years but also inequality in politics and participation; in culture and creative expression; in education and economic opportunity; and in the prejudicial ways that institutions and systems marginalize low-income people, women, ethnic minorities, indigenous peoples, and people of color.

“We are talking about inequality in all its forms—in influence, access, agency, resources, and respect. We would argue that inequality, in one form or another, is coded into just about every one of our social ills. Research demonstrates that extreme inequality weakens economic growth and undermines the social cohesion of societies.”

As regular readers know, NPQ recently produced a special edition of our print magazine on inequality because it is so critical a component of our social, political and economic landscape, underwriting the nature and the severity of many of the issues addressed by nonprofits and philanthropy. And yet, there are ways in which we collectively ignore the contextual fact of inequality as if it were the default, a given. We politely leave room for it in our plans. To address it seriously would require profound change, a rupturing of some relationships and the making of others—the challenging of what may feel like a stable if slowly eroding state in favor of…what?

Addressing deep-seated issues of inequality requires that the work of grantmaking be done differently, in ways that are more constant and vigilant regarding any potential bad modeling by the foundation itself. So when we asked for an interview to address Ford’s shift, we were listening for deep humility and an avid appetite to work and learn differently with its partners.

Ironside introduced the three program vice presidents in this interview by saying:

“Darren really sets the tone, and he set that tone from his first day in the building, talking about the culture that he wanted the organization to have. He’s been consistent about that all the way through, of people participating in decision making, of transparency by leadership and trusting one another, believing the best of intentions in one another and being open to criticism and feedback from outside the foundation. These are all components of the culture shift that he set in motion from his first day in office and all of them have been manifest in this process.

“I think he selected the program vice presidents because they reflect these values. They live them, they model them, they’re well suited to leading in this way and I really think he was smart in that way as bringing people around him who could be the culture that he wants the institution to have.”

Still, these types of refocusing projects on the part of foundations are often seen by nonprofits as a form of navel gazing—a luxury retreat of sorts—but from the beginning this effort was different, engaging people broadly in a set of exploratory conversations even while the foundation was in full grantmaking mode.

Hilary Pennington describes how it started:

“We did six ideas and issues seminars that looked at big things that were transforming the world that we felt like we needed to understand better. Things like mobility and migration, demographic change, the rising predominance of networks as a way to organize and solve problems. These seminars created a set of common conversations. We brought people from outside the building in, experts from the Global North and the Global South. Every one of those seminars was designed to have both perspectives. And, then, we began to consider the big tectonic trends that were changing the world and that we believed needed to be taken into consideration as we thought about the future direction of the Ford Foundation. It was really out of all of that broad looking that we began to think about in greater depth the impact of extreme inequality on every kind of outcome for social justice that we cared about and the drivers that keep inequalities in place.”

“We didn’t want to launch this as an internal conversation about what were we doing well and not that well,” said Martín Abregú, making an important distinction about where the starting point was. “Only after that did we look at our current programming, comparing that programming with what we had identified as megatrends.”

Xavier de Souza Briggs said that what made the process credible to the foundation was the “request that all of the teams around the regions in which we work in the world—and that’s 11 places including the U.S.—were asked to think hard about the key ways in which inequality manifests itself and what is driving inequality.”

“That,” he said, “was very motivating for our teams, and when we distilled all those conversations, it was also very clarifying. There were certain things that just rose to the surface that are important everywhere. […] As Hilary said, they gave us the ability to use a common vocabulary, a credible set of arguments to focus our work and then we were able take that next step to ask why do we exist, why do we program? We want to set our sights on disrupting thos