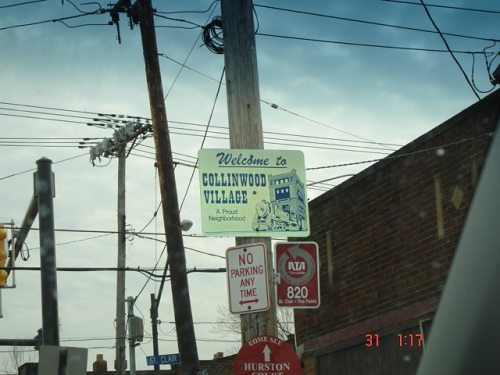 In the Cleveland neighborhood of Collinwood, the nonprofit Northeast Shores Development Corporation has received a $1 million grant from the Kresge Foundation in support of a larger project known as the Waterloo Arts and Entertainment District. Most of this grant will go toward permanent improvements: creating a ceramics co-op studio, further developing artists’ live-work spaces, and converting vacant spaces into homes for artists. But a portion of the grant will support temporary programming aimed at keeping the district open—and lively—during the construction phase.

Kresge’s Arts & Culture Program emphasizes the importance of the arts “when embedded in cross-sector revitalization activity.” This type of investment, known as “creative placemaking,” has gained considerable traction with funders in recent years, based on research that demonstrates the economic impact of arts and culture in transforming troubled neighborhoods. In a 2010 white paper on the topic, the NEA describes creative placemaking this way:

In creative placemaking, partners from public, private, nonprofit, and community sectors strategically shape the physical and social character of a neighborhood, town, tribe, city, or region around arts and cultural activities. Creative placemaking animates public and private spaces, rejuvenates structures and streetscapes, improves local business viability and public safety, and brings diverse people together to celebrate, inspire, and be inspired.

Kresge has made creative placemaking grants in other cities. What’s interesting about the grant in Cleveland is that some of the funds will be used to attract visitors to the area over the next year, in the midst of ongoing construction and streetscape beautification work. Better still, those who might expect to see a downturn in business during the construction period are being invited to participate in the campaign to bring people into the neighborhood. Local businesses can submit funding requests to host events, such as pop-up concerts or art exhibits, community-building or networking evenings. Northeast Shores will determine which projects to fund and then will promote the events.

Northeast Shores Executive Director Brian Friedman explains that this concept to “maintain neighborhood vibrancy during the construction period” is based on lessons learned from an earlier community development project: “We saw what happened with a lot of businesses during Cleveland’s Euclid Avenue Construction project. A lot of them were highly affected in a negative way because construction deterred people from coming into the area. With this grant, we hope to create the opposite effect.”

In addition to sending a message to the people of Cleveland that the Collinwood neighborhood is open for business during construction, the special events supported by the grant should help foster alliances between existing residents/merchants and a new wave of artists who will soon be making their homes there.

And if it all works out, once the scaffolding comes down, the construction vehicles roll away and the ribbons are cut, those who have been visiting the Waterloo Arts and Entertainment District during its beautification phase will have a greater appreciation for the before and the after and will want to return again and again.—Eileen Cunniffe