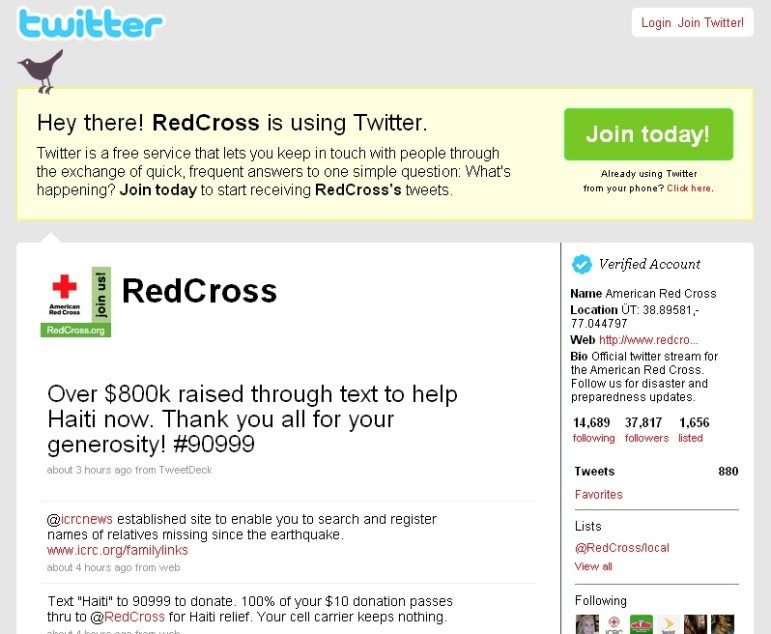 Today is the deadline for the Red Cross to provide answers to the questions posed by Senator Chuck Grassley some time ago. The questions largely pertain to the organization’s accounting of $500 million in spending in Haiti after the devastation caused by the 2010 earthquake.

But yesterday, ProPublica and NPR reported that they are in possession of documents that suggest that the Red Cross may not, in fact, have an accurate accounting of its spending in Haiti. According to the two journalism sites, internal reports on some of the group’s health and water projects reflect that the Red Cross failed to monitor its own spending, project implementation, outcomes, or the numbers of Haitians benefiting from its work.

According to ProPublica and NPR, one internal evaluation found “no correct process for monitoring project spending” and another called a report about numbers served in another project “fairly meaningless.”

When queried, spokesperson Suzy DeFrancis answered by email that due to what she termed mischaracterizations and a lack of balance in the reporting ProPublica and NPR have done to date on the Red Cross, it will be answering no further questions from them.

Faulted for the alleged mismanagement in Haiti is the American Red Cross headquarters in Washington. “In large part because of the centralized decision-making, most if not all of the directly implemented projects in Haiti are behind schedule,” notes one report, which also states that 20 out of 24 of the Red Cross’s senior employees in Haiti decided not to renew their contracts. “Poor, inadequate, slow support from NHQ [national headquarters] was also regularly cited as a reason for poor morale.”

The turnover did not provide for effectiveness. “Delegates don’t get a chance to understand Haiti—the development context in which they work,” according to the report. “New delegates make changes in policies/approaches when they arrive which compromises project/program quality.”

Grassley’s demand for answers appears to have been sparked at least in good part by the reporting done about the Red Cross by NPR and ProPublica. We will see what response it provides to Grassley, whom it cannot refuse.—Ruth McCambridge