Iowa’s Nonprofit Health Insurance Cooperative Taken Over by the State 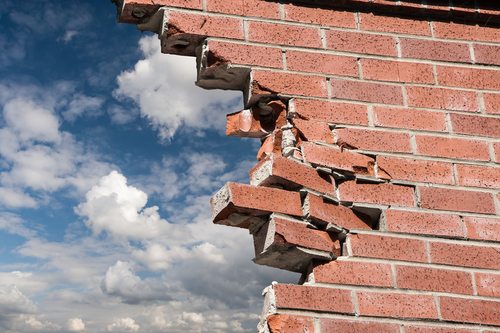 Just before Christmas, the sad news of the struggles of Iowa’s nonprofit health insurance cooperative—CoOportunity Health—led to the company’s takeover by the state’s health insurance division. According to USA Today, signs of the cooperative’s financial troubles didn’t really come to public attention until October, when CoOportunity withdrew from a state program that uses federal Medicaid money to pay private insurance premiums for low-income Iowans. The official explanation for the takeover—and the likely end of CoOportunity as a going concern—was a lack of cash and assets, reportedly only $17 million despite the cooperative’s 120,000 members in Iowa and Nebraska.

Martin Hickey, the chairman of the National Alliance of State Health Co-ops, told the Omaha World-Herald that CoOportunity’s problems were not shared by other health insurance cooperatives. As paraphrased by the World-Herald, Hickey indicated that CoOportunity was hurt because of its success in attracting members, implying that it signed up more members than it anticipated but was unable to could raise the capital assets to cover their needs. Because of “extremely high healthcare utilization,” CoOportunity reportedly lost $45.7 million in the first 10 months of 2014. Though it received “solvency” and operating funds from the federal government to deal with the high utilization issue, the feds ended solvency payments to CoOportunity and other nonprofit insurers in December. Facing further restrictions in access to operating funding due to changes in the federal spending bill approved last month, CoOportunity was stuck.

Critics have jumped on the Iowa news to eviscerate nonprofits, cooperatives, and the Affordable Care Act. Investors Business Daily’s headline was “Obamacare Co-op Hits Skids.” Fox News headlined the CoOportunity Health issue as evidence of the continuing “Obamacare woes” and quoted a nearly chortling Drew Klein, director of the Iowa chapter of Americans for Prosperity, who said, “Here in Iowa, we were promised more [choices] and lower premiums, yet now we learn that one of two [companies] responsible for providing affordable insurance can’t provide what the law promises.”

Though no fan of the Affordable Care Act, Tim Worstall weighed in in Forbes to proclaim this as evidence of the “failure of the cooperative model…a certain romanticism about cooperatives.”

“They’re really not very suited to an industry that has large capital requirements,” Worstall wrote, “because neither the consumers (customers) or the workers, the people who, dependent upon flavor of co-op, own it, have much if any capital to put into a capital intensive business.”

It might be useful to actually look at what actually happened with CoOportunity and determine to what extent its problems are indicative of a deeper issue with health insurance cooperatives in the Affordable Care Act or with cooperatives per se. In Iowa, other than CoOportunity, there was only one other health insurance provider offering insurance to Iowans through the Healthcare.gov exchange: Coventry Healthcare, owned by Aetna. Undoubtedly having tired of their treatment by the big health insurance companies, Iowans (and Nebraskans) flocked toward the consumer-run, nonprofit alternative with more fervor than CoOportunity’s founders and managers ever expected. Add to that the restrictions that CoOportunity faced in its use of the capital loan it received at its outset from the federal government—documented here, along with the efforts of the cooperatives to find resources and adopt strategies with more flexibility—and the challenges of an undercapitalized, oversubscribed, completely new health insurer aren’t difficult to imagine.

While some of the nonprofit cooperatives have done spectacularly, particularly in Kentucky and Maine, others have had difficulties in maintaining required capital ratios. The federal government recently made “solvency funding” loans to a handful of health insurance cooperatives, including those in New York ($90.7 million), Wisconsin ($51.2 million), and Connecticut ($48.4 million), as well as to CoOportunity, serving Iowa and Nebraska ($32.7 million)—and roughly $65 million apiece for the Kentucky Health Cooperative and Maine Community Health Options. Why would the successful CO-OPs in Kentucky and Maine, having captured over 80 percent of the sign-ups on those states’ exchanges in the first year of the ACA, need solvency help? Because they are new entities, a year or two old, and trying to get to a steady state of financial performance and results. Remember, they are competing against huge behemoth private insurers that are many decades old, and the CO-OPs are not only new, but offering different and more responsive services to customers than their calcified competition.

Worstall is correct about the capital generating limitations of cooperatives in capital-intensive industries such as healthcare, but he and many others miss the point about the nonprofit insurance CO-OPs. They weren’t originally part of the Affordable Care Act; they were a last-minute deal concocted to placate centrist Democrats who wanted to see some sort of alternative to the big insurers offered but also to avoid ticking off conservative Republicans who were dead set against the “public option”—that is, government-provided insurance. Despite CoOportunity’s demise, the other nonprofit insurance cooperatives are braving the health sector’s financial shoals to offer alternatives to the Coventry/Aetna offerings of the world, providing a competition yardstick that is compelling the big companies to suddenly rebrand themselves as less costly, simpler, and more straightforward in their offerings.

Notwithstanding CoOportunity Health’s troubles, these brand new nonprofit health insurance cooperatives in other states, like Kentucky’s, run by the indomitable Janie Miller, might find their marks, survive, and stabilize during their first few years of operation and become viable business operations. But that doesn’t obviate the real answer that, as retiring Iowa Senator Tom Harkin noted, President Obama and Congress failed to pursue during the first two years of the Obama administration—that is, to have included the public option in the Affordable Care Act legislation when Obama and the Democrat “had the votes.”—Rick Cohen