Iranians Make the Ice Bucket Challenge Their Own 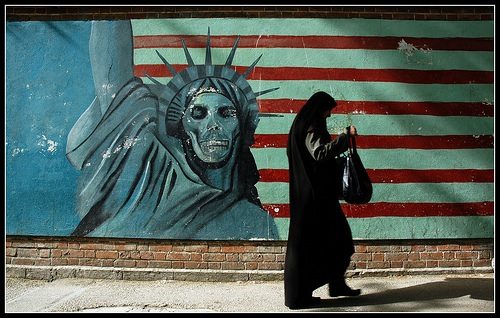 Over the past few months, the Ice Bucket Challenge has reached an apex with people of all walks of life all over the world who have joined together in the social media campaign to raise awareness for ALS, as well as other causes. Certainly, our readers have seen a number of articles from NPQ commenting on the good and the bad of this recent philanthropic trend sweeping across the country and beyond.

However, when Iranian citizens wanted to participate in the project, they were unable to donate to the ALS Association due to sanctions that the U.S. has levied against the country, beginning back in 1979 following the Iranian Revolution that resulted in the creation of the Islamic republic and the instatement of Ayatollah Ruhollah Khomeini. Luckily, this has not stopped Iranians from participating in the project and adapting it to their own terms.

According to Rouzbeh, a mining engineer living in Tehran, Iranians are trying to find alternate ways to utilize the challenge while retaining the philanthropic spirit of the project.

“Sanctions by Western governments mean that we are not able to transfer money to the original NGO that invented the Ice Bucket challenge,” said Rouzbeh. “That’s why we decided to do it to raise money for an Iranian foundation for cancer research and a local NGO for children with cancer.”

Like other individuals from other countries conducting the challenge, Iran is experiencing severe water shortages, further allowing citizens to alter the project and its message to suit their own needs. Back in August, celebrity Matt Damon used toilet water in his challenge video to represent the millions of people around the world who live without running or clean water.

Similarly, in one video, an Iranian girl chooses to pour salt from nearby Lake Urmia, which is rich in salt, but its water is quickly drying up, to highlight Iran’s environmental problems. The “Salt Bucket Challenge” has since engaged the interest of other Iranians, who have also chosen to use salt instead of water.

Iranians’ persistence in participating in the challenge despite political and bureaucratic barriers illustrates the fundamental importance of philanthropy as a unifying force.

“It seems to me like Iranians are always excluded—either by our own government and foreign governments. Iranian authorities try to create a gap between us and rest of the world but satellites and especially social media make it impossible for them to isolate us,” added Rouzbeh. “Indeed, it makes Iranian young people even more likely to participate in viral events like the Ice Bucket Challenge or recordings of ‘Happy’ by Pharrell Williams because they want to be part of international society, even if it means acting in opposition to the government. We just want to live like people in any other city in the world.”—Shafaq Hasan