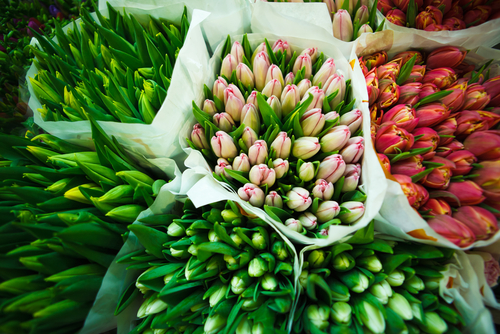 We take note of the May 6th decision of the Court of Appeals in Zagfly, Inc. v. Commissioner of Internal Revenue. Zagfly is, or would be, a firm that sold flowers at market prices to online consumers; after proving the viability of the flower-selling operation, its plan was to expand to marketing other goods and services—travel reservation services among them. According to the court, Zagfly wanted to be classified as a tax-exempt 501(c)(3) public charity, contending that it would donate its business profits to charitable organizations, thus making it akin to a public charity itself. The Appeals Court affirmed that the donation of business profits was not in and of itself an exempt purpose.

It struck us to look into what Zagfly was and why it might have attempted to pitch its market-rate flower business as a 501(c)(3). Zagfly didn’t just appear on the scene recently. It was incorporated in 2010, according to the Tax Court, by one M. Renee Orth. The court noted that in the Zagfly business model, the company would earn a “sales commission” of between 10 and 20 percent on the purchase price of flowers it sold through its Internet platform on behalf of networks of established flower dealers (like FTD). Purchasers would be able to designate that profits from these transactions go to charities on a list provided by Zagfly itself.

Zagfly’s argument for its own charitable status was that it would try to operate with support from philanthropic organizations so that all consumer-generated profits could be donated to charities. If philanthropic support turned out insufficient, a small percentage of the profits (between one and two percent of the purchase price) would go to support Zagfly the charity. In financials provided to the court, Zagfly showed no compensation for employees or officers, in that they would all work as volunteers for the company (though eventually get paid reasonable salaries) with annual gross receipts of no more than $12,500 by the firm’s third year of operations. Zagfly acknowledged to the court that it was entering a field pretty well “saturated” by commercial flower brokers.

The Tax Court determined straight out that the Zagfly business was not in furtherance of a charitable purpose:

“Petitioner intends to engage in this sales-based business, in direct competition with commercial flower brokers, on a regular and continuous basis with the ultimate aim of maximizing profits in the form of commissions paid on each transaction that it completes…Thus, contrary to petitioner’s position, its primary activity is not a charitable one, but rather it is a commercial activity that amounts to an unrelated trade or business…”

Zagfly argued that even though the flower business was clearly commercial, it was intended to generate money not for the business owners, but for charitable organizations, thus Zagfly’s “business” was charitable, not commercial—or at worst, it was generating revenues that it would “feed” to other charities. However, Zagfly’s primary activity was the sale of flowers, with charitable giving as something of a secondary activity, much like corporations that operate bingo parlors while contributing profits to charities are still engaged in running bingo games for profit. (The court cited the 1984 case Piety, Inc. v. Commissioner in this regard.) Essentially, Zagfly’s operating in a commercial manner was more significant than owner’s contention that she wanted to run the flower brokerage as a charitable entity.

The court identified Zagfly’s president and CEO as M. Renee Orth, while Law 360 identified Orth as the attorney representing Zagfly. Who is she? On LinkedIn, she is self-identified as a “Social Entrepreneur and Catalyst for Change.” The relatively young Berkeley Law School graduate is also the owner of the Venice Beach Salad Co. (with the tagline “Goodness Delivered”), although there is no indication that the salad company is a charitable enterprise despite its healthy product.

However, Orth also appears as the co-author with her husband of Conspiracy of Dreamers: Capitalism at the Service of Humanity, published by Magnolia Lane Press in 2012. The book is a wide-ranging paean to what they describe as “eco‑nomics,” based on the values of thinkers as diverse as the Dalai Lama, Ron Shaich (Panera), Eckhart Tolle, and Bill Gates, to name only a handful of the people Orth cites for inspiration.

“Eco‑nomics,” Orth and her co-author write, “is an alternative model for understanding and shaping the system with and in which we collectively and individually respond to and shape our material world, and are, in turn, shaped by it. Eco‑nomics is based on the wealth of wisdom coming out of the science of systems.” They like a humanized, friendly capitalism: “Capitalism is evolving, soulful and, most importantly, alive. The goal, rather than blind growth, is the collaborative expression of what it means to be a human being and the joyful celebration of the experience of life in its infinitely varied forms.”

Toward the end of the book, Orth and her co-author talk about the concept of “eco‑nomics” as something of a “Hippie Redemption” for the Baby Boomer generation that they align with Gates and Shaich in their work “to shift from reaction (and, for many, from resignation) to creation and bring about the world of love and peace they imagined in their youth.” In the book’s epilogue, Orth adds a page mentioning Zagfly as the intended “platform for executing many of the ideas shared in this book,” albeit without explanation as to what Zagfly would actually do, though Orth acknowledged that the IRS found the entity “too commercial.”

In the view of the IRS, the Tax Court, and the Ninth Circuit appeals court—all of them, one presumes, populated by lots of Boomers—Orth’s concept of “For-Profiting Humanity” (FPH) enterprises might be nice things to have in our society, but such entities shouldn’t be mistaken for 501(c)(3) public charities. –Rick Cohen