Is a New “Wind of Change” Rising Today?

In 1960, in Cape Town, South Africa, then-British Prime Minister Harold McMillan delivered his historic “Wind of Change” speech. The speech acknowledged the persistent rumblings for freedom in African colonies and signaled the beginning of the end for the UK’s motto, “The sun never sets on the British Empire.”

Today, more winds of change are blowing through the international art world with renewed calls for repatriation of stolen art from the Nazi and colonial eras. Countries where art was stolen by Germany will benefit.

Germany’s cultural ministers have agreed to “create conditions for the repatriation of artifacts.” They fully acknowledge that the artifacts were acquired in ways that are legally or morally unjustifiable today from former colonies, describing the return as an “ethical and moral duty.”

Germany chose to forgo splashy press opportunities like those taken by France, where President Macron vowed in Burkina Faso to return stolen items to former colonies. They opted to focus energies on developing an impressive and comprehensive plan. Their plan includes items from their collections purchased—or acquired—from countries that acquired them by thievery or other dubious means. According to African Art professor J. Zimmerer, at least 50,000 artifacts were removed from African colonies during colonization. In fact, outside the British Museum, Germany has the next largest collection of Benin bronzes, originally acquired by British soldiers’ looting sprees.

The plan also allocates money for background and provenance research for all items acquired during the colonial eras. They have developed guidelines and procedures for returning artwork and have established a working workgroup to administer the grant process for German museums interested in researching, then returning artifacts.

The UK, conversely, which possesses the largest collection of pilfered paintings and stolen statues, has maintained a stiff upper lip as it turns its nose up at the international museum and art community. Unfortunately for the art-crime victim countries, enlightened and woke art aficionados, and the UK’s image, the British response amounts to a diplomatic “whatever.”

“I certainly don’t believe in ‘returnism,’ as it were. I don’t think that is sensible. It is the same question with the Elgin Marbles and all those other things,” stated then-Prime Minister David Cameron, as he used the vaunted “King’s English” to make up words like “returnism.”

Killmonger’s museum heist sequence in Marvel’s record-breaking Black Panther shone a historically accurate light on colonizers’ centuries of African art theft, looting, and murky acquisitions. Possibly, the winds of change will blow the Rosetta Stone from the British Museum and into the Museum of Cairo. Increasingly, that’s where members of the international art community believe it belongs.— Mary Frances Mitchner 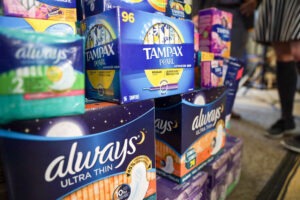 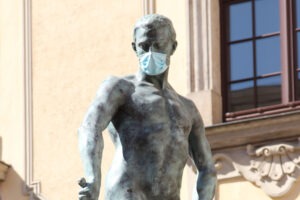