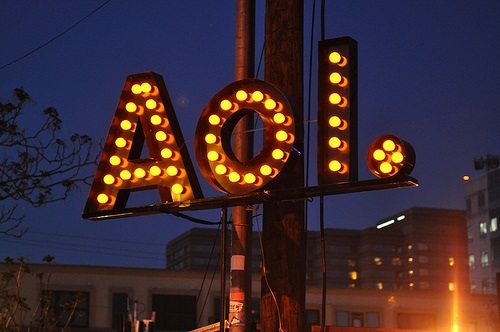 There has been another defection from the American Legislative Exchange Council: AOL. Apparently, there has been no announcement why AOL has decided to make this move, but the decision was made “weeks ago,” according to a recent report. As NPQ has been reporting, this is just the latest in a long line of major corporations that have left the ALEC ranks over the past two years.

The landslide began with such corporations as Coca-Cola leaving because of ALEC’s promotion of “stand your ground” legislation, which attracted attention during the course of the George Zimmerman trial over the shooting death of Trayvon Martin. Since then, ALEC has stopped promoting any models of laws relating to weapons. The latest round of defections is over the legislation models ALEC has been promoting around climate change. Although the organization contends that it is not a climate-change denier, the model legislation it promotes has caused Google’s CEO to consider the company’s funding of the organization “sort of a mistake.”

AOL marks the eleventh corporation to announce its cessation of support of ALEC since August of this year. All told, estimates are that 80 corporations have left in the past two years. About a year ago, the Guardian reported that ALEC was facing a financial hole of about $1.4 million in its annual budget. With all the defections that have come this year, things might be getting worse for the organization despite its effort to bring back some former supporters through its “Prodigal Son” initiative.

At this point, almost all of the major high tech companies in Silicon Valley have pulled their support. Only eBay and Expedia continue their support; they are currently targets of anti-ALEC activists.—Rob Meiksins

This article has been amended from its initial form to make the following corrections and addendum. An earlier version listed the number of companies having left ALEC as “thirteen.” The number, as of November 10th, was eleven. An earlier version made reference to a “pending IRS investigation” of ALEC’s activities. Although the investigation was listed as pending in 2012, and supplemental information was given in 2013, NPQ has no knowledge of the disposition of that inquiry.

Lastly, some have taken issue with an earlier characterization of Eric Schmidt’s statements. As is noted above, it is ALEC’s position that they do not deny climate change, and since Schmidt said that climate-change deniers, not ALEC in specific, engaged in “just literal lying,” they reject the accusation and the label. However, a reading of the transcript of the quoted interview with Schmidt and the model legislation they propose shows that the issue is more nuanced than that. We have amended the text, and invite our readers to investigate the issue further.