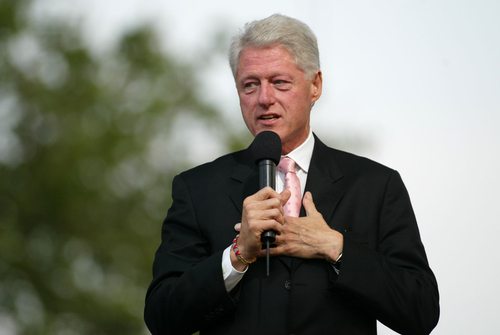 TIME managing editor Rick Stengel has been touring the political talk shows, touting the latest issue of the magazine with former President Bill Clinton on the cover cradling the globe as a prop (reportedly, Clinton dislikes props). Stengel refers to Clinton’s post-presidential role as “philanthropist in chief.”

Clinton explains his happy warrior persona in the world of philanthropy in an essay describing five reasons for optimism in a world that seems ever so depressing so often. His optimism despite what he describes as the big challenges in the world—inequality, instability, and unsustainability—undergirds his philanthropy and is worth examining here. Timed for this week’s Clinton Global Initiative meetings in New York City, Clinton’s essay highlights these eclectic touchpoints:

As he did in his speech to the Democratic National Convention, Bill Clinton is able to provide an uplifting view not just on doing good, but on the future prospects of humanity, which so often seems like it is marching over the precipice of social and economic disaster. Our question to NPQ Newswire readers: Does Clinton’s global optimism resonate with you in the context of nonprofits and foundations in the United States?—Rick Cohen