Is Divestment Sufficient? The Impact of Stanford’s Investment Policy 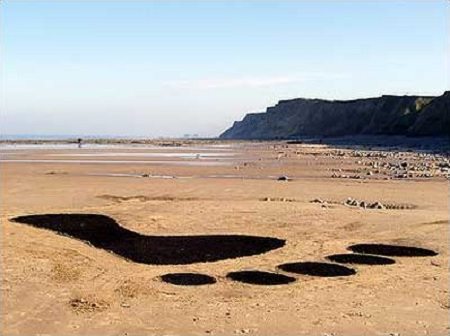 It was heartening to learn of Stanford’s decision to “repurpose” funds formerly invested in coal mining companies into investments that made more positive contributions to society’s regenerative capital. At least that’s the more positive and powerful spin I’d put on what seems otherwise a mere negative divestment. Stanford should now top off this divestment by placing the proceeds into companies that it believes make demonstrably positive contributions to a future it cares about. In Stanford’s case, one would assume these would be companies that produce low carbon energy or lead in carbon footprint reduction.

Of course, no company affects only one variable in society’s calculus of regenerative capital. Each contributes to or depletes a combination of society’s natural, human, civic, systemic, financial, knowledge, and physical capital. Stanford has placed a high coefficient on the “natural” capital variable in its calculus. Good for them. Other investors do likewise but may focus their attention on the other variables. The foundation I chair, for example, invests its capital in enterprises it expects to produce good jobs, especially for distressed populations, and contributes thereby to human capital formation.

In his New York Times op-ed on Saturday, May 10, Professor Ivo Welch pointed to the futility of trying to influence corporate behavior by making singular investment decisions such as Stanford’s. He points to the failure of his research to identify any relationship between South African apartheid divestment decisions of universities and state pension funds and the price-movements of targeted stocks. Interestingly, he doesn’t say there was no change in behavior of companies or that these early university actions had no impact on what ultimately happened in South Africa.

However, by confining the universe of potential influence to stock price movement, Professor Welch misses the forest for the trees. Rather, we should view Stanford’s decision in the context of the larger social movement to change the behavior of companies, people, and systems to preserve a hospitable climate for the planet. Through this combination of financial, social, and intellectual heft, Stanford might influence the $500 billion in college endowments, the $1 trillion in charitable trusts and foundations, the trillions more in state pensions, etc. A trillion here, a trillion there—pretty soon it adds up to real money. More significantly, this strong statement lends weight and intellectual ballast to the larger movement to change policy.

But Stanford could do much more. It should, as Professor Welch suggests, look for other ways to align its own social and intellectual capital to enhance the power of this critical investment decision. Further, Stanford should look at all of its investments with respect to the contributions (positive and negative) they make to the components of society’s regenerative capital it values. After all, as Stanford’s decision indicates, all investments are impact investments; they are just not all positive impact investments. Conscious investors, please take note.

Arthur “Buzz” Schmidt is chair of the F.B. Heron Foundation. This article was originally posted on the foundation’s website.