Is It Philanthropy If…? Or, Why You Didn’t Get a Multimillion-dollar Gift This Year 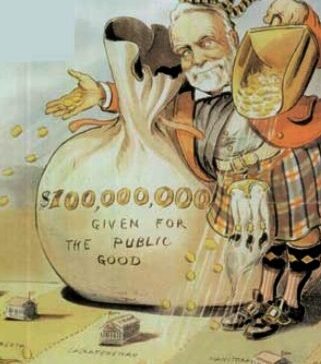 Nina Glinski writes for Bloomberg that the rich giving to already-rich institutions is warping our understanding of so-called philanthropy. She cites as an example Fred Eshelman, who graduated from the University of North Carolina-Chapel Hill in 1972 and, as a proud alumnus, gave the school its largest gift in its 225-year history—$100 million. Eshelman is a pharmeceuticals guy, so his gift will establish the Eshelman Institute of Innovation within the Eshelman School of Pharmacy. He said the school inspires him: “In the past 10 years, the school has generated more than 130 patents and created 15 spin-off companies.”

Patrick Rooney, associate dean for academic affairs and research at the Indiana University Lilly Family School of Philanthropy in Indianapolis and an author of the annual Giving USA study, says that too many large donations like this one tend to disproportionately serve the personal interests and values of an elite set of benefactors. He says that the increases last year in individual giving came as a result of multiple gifts of $80 million or more. “The gains and losses in giving are increasingly driven by a smaller percentage of the population,” said Rooney.

Post-recession economic gains have largely been concentrated in the top income tiers, and these donors tend to give to higher education, medical research, and cultural institutions. “The favored charities of the wealthy are gaining in share in the philanthropic economy,” a trend that is symptomatic of wealth inequality, said Rob Reich, associate professor of political science at Stanford University. “The total amount of money given away by the very wealthy is going up, not because they’re giving away a greater share of their income,” but because “their total income and wealth itself has grown.”

Reich says that charitable giving is rarely devoted to supporting the basic needs of strangers. “Philanthropy appears to be more about the pursuit of one’s own projects, a mechanism for the expression of one’s values or preferences rather than a mechanism for the redistribution or relief for the poor.”—Ruth McCambridge