Is Philanthropy Really Tearing the Wings off New Journalism? 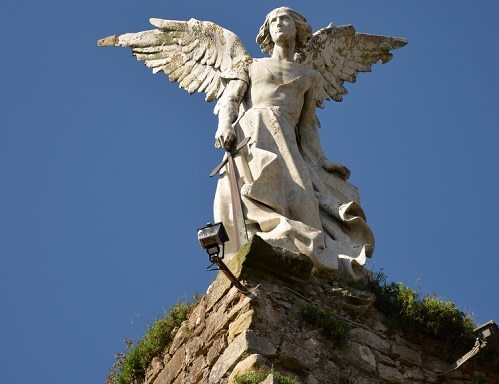 Steven Waldman, the former Newsweek reporter, took strong exception to a controversial tweet posted by Jeff Jarvis, the well-known director of the Tow-Knight Center for Entrepreneurial Journalism at the City University of New York’s Graduate School of Journalism and blogger for Buzzmachine.

On February 9th, Jarvis tweeted, “Every time a rich person gives to a news nonprofit, a journalism startup loses its wings.” In response to a vigorous flurry of tweeted responses, including “That’s one of your strangest prejudices” from New York University Journalism professor (and First Look advisor) Jay Rosen, Jarvis explained his meaning: “Investment is more scalable than charity.”

Having been chair of the Council on Foundations Working Group on Nonprofit Media, Waldman’s take is quite different, arguing, “Sometimes, contra Jeff Jarvis, philanthropy is the answer to journalism’s problems.” Jarvis contends that rich tycoons should be investing in commercial news operations rather than nonprofit journalism given the finite limitations and eventual unsustainability of business models dependent on grantmaking from rich angels. Waldman counters that “‘nonprofit media’ is not the same as ‘charity’ nor are nonprofits inherently unsustainable or small,” noting the success and longevity of nonprofits in the journalism arena; the Associated Press, National Geographic, National Public Radio, Consumer Reports, and Wikipedia don’t appear to be small or unsustainable despite their tax status.

Waldman implies that Jarvis has bought into the notion that “donations to nonprofits would divert money away from commercial enterprises,” an argument frequently lodged against nonprofits in general. However, Waldman suggests that the tech tycoons who have been putting money into nonprofit journalism really “have two pots—one is for projects that they think will make them massive amounts of money and the other is for charity, whether it’s fighting hunger, saving whales, or investigative reporting,” and both kinds of investment are needed for the future of journalism.

Jarvis has written elsewhere, including in his own blog, that he isn’t hostile to philanthropic support of journalism, but that he is concerned that grantmakers supporting nonprofit news sites don’t put their money into the organizations’ infrastructure, but concentrate on operations and fail to see the importance of supporting news infrastructure investment (he notes that a $2 million grant one of his projects received from the Knight Foundation was different, emphasizing infrastructure over operations). On this score, he makes a valid point. Grantmakers and donors often talk about sustainable infrastructure, but lean toward measuring the impact of their investments in outputs of content, not outcomes of long term survivable business models. As a sustainable model, some nonprofit journalism sites have struggled as they found that the early years of philanthropic grantmaking were difficult to replicate and new sources of revenue such as the avenues Jarvis is working on in New Jersey in a project with the Dodge Foundation and Montclair State University prove difficult to tap.

For some observers, the debate over charity versus commerce behind nonprofit news masks another issue. How much does a charitable donor, a tycoon like Pierre Omidyar, for example, dictate or control the content of the entities that they create and fund? We have written about Glenn Greenwald’s statement, affirming that Omidyar has no role in the substance or content of First Look coverage, in response to a critique issued by a writer at Pando Daily concerning Omidyar’s grantmaking in support of Ukrainian causes. Jarvis is on the side that believes that “it was advertising that freed journalism from the control of political entities and gave them independence.” Others might say that commercial advertisers have long influenced what the advertising-supported press does and does not cover for fear of losing advertisers’ dollars.

The “new Medicis” funding journalism—tech tycoons like Omidyar, Hamad bin Khalifa Al Thani behind Al-Jazeera, Wall Street hedge fund manager Neil Barsky with the Marshall Project, Herb Sandler capitalizing ProPublica, Pete Peterson and the Fiscal Times, Jeff Bezos buying the Washington Post, and John Thornton creating and funding the Texas Tribune—are a distinctive breed. Getting money from the Medicis for nonprofit journalism is more than a little different than the circumstances of submitting a grant application to a number of institutional funders. Does Jarvis implicitly believe that such foundation grantmakers in the nonprofit media arena as Dodge, Ford, MacArthur, and Knight are also the “rich persons” he believes are causing nonprofit journalism to lose its angel wings?

To take Waldman’s point of view, and to reiterate a point made in an earlier newswire on this topic, many of these Medicis are supporting the kinds of journalism that commercially supported news outlets haven’t been able to in recent years, particularly investigative reporting. One might be suspicious that tycoon investors such as Omidyar or Sandler would make, much less live up to commitments to keep their hands out of the content of the news they support. Just think of the “hands-off” posture of Rupert Murdoch, and it’s not hard to be at least somewhat skeptical. For example, Texas-based writer James C. Moore has written in the past few months several quite critical takes on the Texas Tribune’s journalism, including “The Trouble with the Trib” and “No Country for Old Reporters,” both taking apart the kind of journalism that Thornton-as-Medici has supposedly engendered.

In the end, if you’re Jarvis, you can argue against the funding of the Medicis or the more corporate, faceless institutional funders like private foundations. But then you have to answer Scafter’s challenge: “If you’re strongly opposed to the sort of journalism the new Medicis are buying with their money, I’m sure you can find somebody who will do your kind for the right price. What are you waiting for?”—Rick Cohen