Is Replicating the Wealth Divide in Nonprofit Executive Compensation OK?

The Forward’s recent look at executive compensation practices in Jewish nonprofits spotlights the concerning, if not exactly new, impact that the use of for-profit organizational models continues to have on the nonprofit sector: “Never mind that charities are spending tax-exempt donations and government dollars, while corporations spend revenues; in terms of the tools large for-profit and not-for-profit entities use to reward their top executives, the space between the spheres is shrinking.” And with little reason to believe that the Jewish communal world is a special case, the Forward’s report provokes a conversation of what fits and what does not.

The corporatization of organizational cultures creates a tiered system of compensation that treats senior executives differently from the organization’s general workforce. As Keating and Frumkin noted in an article that ran in the Nonprofit Quarterly in 2011:

Due to commercialization and increased competition from for-profit and other nonprofit providers, the thinking around executive compensation practices has changed significantly. […] Some nonprofits have shifted from fixed salaries to ones containing a variable cash-compensation component based on fundraising, cost reductions, or specific programmatic outcomes. […] Nonprofit managers have also sought “comparable pay” with business managers.”

The Forward found that “complex, corporate-style compensation packages…are increasingly standard for top-rank leaders of Jewish not-for-profit organizations. Incentives such as bonuses and complex tax structures like deferred compensation plans, transported over from the for-profit sector, are now becoming the norm for top executives at large Jewish charities.”

Executive packages such as these commonly include deferred benefit and supplementary retirement components not available to most employees:

These plans, which are similar to retirement benefits, accrue over a number of years before paying out in a massive chunk. They carry advantages for both the charity and the executive. Some can be forfeited if an executive leaves before the plans are fully vested, encouraging loyalty among high-level employees. For executives, getting a single payout all at once can provide a tax advantage.

This change in style of compensation results in the most senior executives not only earning salaries higher than most other employees of their organizations but having earning opportunities unavailable to most. As a case example, the Forward recounts some of the circumstances at the American Jewish Committee.

David Harris, the executive director of the American Jewish Committee for the past 25 years, was paid an extra $538,144 above his salary in 2014 to compensate him for not using more than 200 vacation days over nearly 20 years. He was compensated for all of the days at his current salary level. Unlike other AJC employees, who are limited in their ability to carry over vacation days, Harris was allowed under his contracts to accrue unlimited days, and was given approval by a board committee to take a payout for the unused days.

The Forward also found that while performance bonuses have become the norm, having those bonuses triggered by significant and measurable outcomes remains much more difficult for a nonprofit to manage.

At for-profit companies, bonus sizes for executives are generally based on objective benchmarks, such as revenues or profits. At not-for-profit organizations, where accomplishments are harder to quantify, it can be harder to set goals—and to hold executives to them.

“For for-profit companies, it’s pretty easy,” said Joseph Sorrentino, a managing director at Steven Hall & Partners, an executive compensation consulting firm. “For not-for-profits more about mission…there can be something obviously related to levels of contributions, or various marketing strategies, or it can range.”

Linda Lampkin, research director of ERI Economic Research Institute, told the Forward, “Charities have been exhorted in recent years to act more like the for-profit world. The people who are giving them money—donations, foundations and so forth—are interested in results, and they like the concept that you get paid more for results.”

Taken together, these approaches result in a class of highly paid employees with unique benefits taking a significant share of organizational resources. Those advocating for the appropriateness of these approaches cite the complexity of large social service organizations and the need to attract the best candidates in a highly competitive marketplace as their rationale. But they do not often address the internal and external impact of such dramatic differences between two “classes” of employees on the culture and effectiveness of the organization.

Is there a special quality for mission-driven, nonprofit organizations that makes some practices, like replicating the wealth divide, harmful? At some point, the differences between executives and their staff may become so large that the bond that connects employees to organizational mission and purpose stretches beyond its breaking point and great harm results. While there is considerable guidance for nonprofit boards on how to structure executive compensation to meet the limited requirements set by the IRS, there is little on how to assess the internal impact of having salaries for most employees structured in traditional nonprofit organizational frameworks while a small group of leaders benefit from a very different way to allocate the organization’s scarce resources. That the trend continues suggests more thinking remains to be done.—Martin Levine 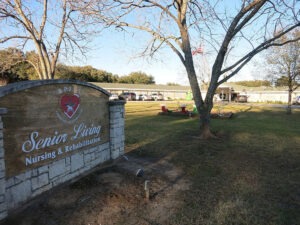