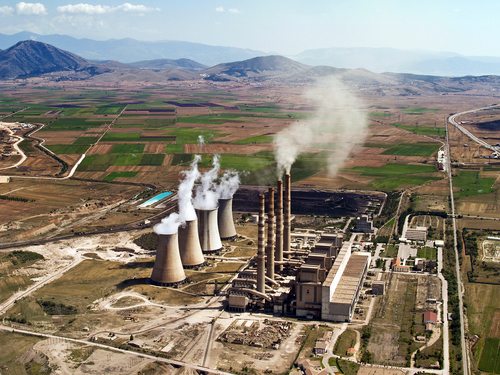 Hody Nemes and Nathan Guttman write in the Jewish Daily Forward about an interesting political dynamic going on among Jewish organizations in the U.S. They report that Jewish organizations such as the American Jewish Committee are reluctant to support divestment campaigns aimed at targets like fossil fuels due to concerns that they legitimize divestment as a tool that might then be used against Israel.

“As activists and institutions around the country step up efforts to staunch fossil fuel wastes that drive global warming,” they say, “Jewish religious and communal groups are virtually unanimous in rejecting one of the main tactics being urged to push for corporate change: divesting fossil fuel companies from their stock portfolios.”

According to Richard Foltin, the AJC’s director of national and legislative affairs, “We should be thinking of divestment only in terms of very extreme threats of the kind that Iran poses.” Fossil fuels don’t seem to qualify as an “extreme threat,” it seems; for example, the AJC has come out in favor of the Keystone Pipeline. “We’re not going to go back to the Stone Age,” explains Foltin, and the fossil fuel divestment campaign, he suggests, won’t decrease the worldwide demand for energy or lead to increased production of alternative fuels.

Nemes and Guttman cite the guidelines adopted by the Jewish Council for Public Affairs in 2003, which they say “are still viewed as the communal standard for judging” divestment initiatives. The guidelines call for avoiding boycott and divestment campaigns because they could “deny the Jewish community the higher moral ground in opposing boycotts against Israel or Jewish interests.” The obvious contemporary campaign that many Jewish organizations would like to avoid would be the Boycott, Divestment, Sanctions (BDS) movement targeting companies that invest in or support the occupation of the Palestinian West Bank.

The article suggests that the anti-divestment position could alienate Jewish organizations from young Jews who are active on campuses—for example, in the fossil fuels divestment campaign. The issue may be more than just one of generations of activists. By rejecting any divestment campaigns (other than those directed against Iran), Jewish organizations move beyond communal to insular. It is hard to imagine that the Jewish community would not be concerned about the issue of climate change, with its implications for all of humanity.

An interesting dynamic is that the JCPA operates the Coalition on the Environment and Jewish Life, which describes its mission as “mobilizing the Jewish community to conserve energy, increase sustainability, and advocate for policies that increase energy efficiency and security while building core Jewish environmental knowledge and serving as a Jewish voice in the broader interfaith community.” The Coalition’s webpage contains many statements about energy conservation and climate change, including a guidebook developed in conjunction with the Green Zionist Alliance and an essay on climate change with references to passages and commentaries in the Talmud. However, the Coalition website contains no mention of fossil fuel divestment, much less a Coalition statement joining the fossil fuel divestment campaign.—Rick Cohen