JNF: An Opaque Charity that Owns 13% of Israel’s Land 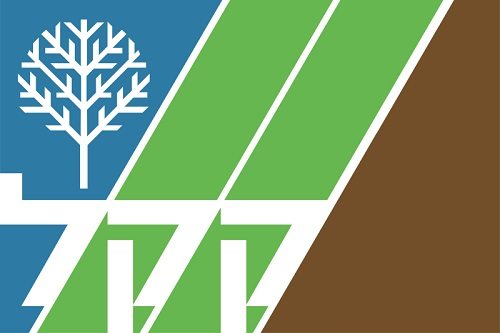 The importance to North American readers of this story about the Jewish National Fund is not in the JNF itself, although that is very important, but in the transparency needed by nonprofits that carry out significant public sector functions.

Since the establishment of Israel, many Jewish kids in the U.S. have had a tree planted in Israel in the name of their parents or grandparents. They wouldn’t have known or cared that the mechanism for planting those trees was the Jewish National Fund, which says on the JNF website it has planted some 250 million trees, “bringing life to the Negev Desert.”

However, the JNF is about more than making the desert bloom. It buys land, too; its website says that it has “developed” more than 250,000 acres. In Israel, the notion of “purchasing land,” sometimes described by critics as “expropriating land,” is fraught with political tension.

For example, in the Negev, the JNF recently began plowing some 700 acres south of the town of Laqiya. The controversial aspect was that Palestinian Bedouins view that land as the village of Awajan, under cultivation by a Palestinian family, but Israel and the JNF classify the town as an “unrecognized” Palestinian-Bedouin village, one of many in the region. “The village of Awajan existed prior to 1948 and is home to some 3,600 residents, most of them members of the al Assad family,” according to the Alternative News. “The village has no schools, electricity, health services or infrastructure, and local residents are forced to buy water privately.” Also controversial have been the revelations, based on leaked JNF documents, outlining a number of JNF “investments” in West Bank settlements. And more controversial still are the fundraising and operations of the JNF itself.

An investigation by an Israeli television station revealed that the JNF is an exceptionally powerful agency, owning 13 percent of the land of Israel (630,000 acres) with little oversight from the government. The investigation may have been sparked by the JNF’s 2013 payment (“transferred,” according to the press, through a third party, the Peres Academic Center) of $500,000 to the Clinton Foundation to pay for a speech by former President Bill Clinton. In the wake of the Clinton speech controversy, the JNF said it was going to somehow get the payment returned, but a year later, Ha’aretz says that some $250,000 hasn’t appeared. To handle the bad press that emerged, JNF hired a former Israeli Defense Forces spokesperson for 300,000 shekels (roughly $86,000).

The investigation revealed what Ha’aretz described as a litany of “problematic spending” by the JNF. Apparently, the government pays JNF almost 6 million shekels annually for the administration of the lands it has acquired, representing 90 percent of the JNF’s income. According to the Jewish Daily Forward, “with the realization of the dream of generations in the foundation of an independent and sovereign Jewish state, all the roles of the JNF should have been transferred to the new government. After all, the JNF’s objective, building the national home, had been fulfilled. But for the past 66 years, the JNF’s sole objective has been perpetuating itself.”

The Forward’s scathing review noted that the JNF (as well as some other old Zionist organizations) are appealing to politicians due to these characteristics: “[their] unsupervised budgets, jobs for cronies and a direct link to the golden goose that is the Jewish Diaspora.” They are organizations, according to the Forward, with “people who can quickly and quietly transfer funding, solve a problem for a mayor or deputy minister, connect a Jewish donor with a good cause and find a job for a loyal Knesset member who lost his seat.”

Due to the influence and power of the JNF, Justice Minister Tzipi Livni proposed placing the JNF under the review and scrutiny of the State Comptroller’s Office. Livni’s proposal was greeted with opposition by her peers in the Netanyahu cabinet and in the Knesset—and, of course, from the JNF itself.

Livni’s legislation called simply for allowing the State Comptroller to audit the JNF and for the public to have access to records of the JNF’s records, operations, and financial transactions. “The JNF holds authority over operations that are, in essence, significant governmental functions, yet it is devoid of any form of criticism,” Livni said. “This is an absurd situation in a democratic country, and it encourages problematic conduct, to say the least.” The State Comptroller was already on board. “From a public standpoint, it is appropriate to apply criticism to the JNF,” State Comptroller Joseph Shapiro said. “This will give proper expression to the prime minister’s emphasis on the importance of state control.”

Not surprisingly, the largest and most powerful charity in Israel, collecting on the support it has secured over the years from Israeli politicians, won in a five-to-four vote of PM Netanyahu’s cabinet members.

The JNF predates the establishment of Israel by a half-century and was dedicated to helping create the land that became the Jewish nation. In the U.S., the issue of nonprofits with government funding may be a little different. In many cities and states, the privatization bug has prompted lawmakers to create or shift operations to nonprofits. Nonetheless, there are some nonprofits that virtually live on government funding, sometimes taking discussion and review of those funds outside of the realm of public bodies.

Should there be a different regime of transparency and disclosure for U.S. nonprofits that sometimes function as non-governmental outposts of governmental programs? Does democracy require it?—Rick Cohen