Here’s what trickle-down economics is supposed to look like. Citing the benefits it will gain from the new tax code, JPMorgan Chase announced in late January that it would invest $20 billion over the next five years in its business, its employees, and the communities it serves.

Of special interest to the nonprofit community is the nation’s largest bank’s commitment to, according to Reuters, “increase community-based philanthropic investments by 40 percent to $1.75 billion over five years.” The bank will also use its tax savings to “raise wages for 22,000 employees by an average of 10 percent, to between $15 and $18 per hour, hire 4,000 employees and add up to 400 Chase branches.” The bank will increase small business lending by $4 billion and increase loans to customers seeking affordable homes by 25 percent to $50 billion.

In an interview with Business Insider, CEO Jamie Dimon described how this use of the benefits of tax reform fits into the organization’s overall philosophy. Dimon doesn’t see this direction at all out of character.

At an appearance in the Bronx, Dimon spoke of some the immediate new philanthropic investments coming out of the overall plan, including expansion of the bank’s Entrepreneurs of Color program by $5 million to San Francisco and the South Bronx after seeing the program’s success in Detroit. “By expanding this fund,” Dimon said, “we will help ensure more small businesses thrive and create local jobs.” According to Business Insider, “JPMorgan has also committed $150 million to Detroit’s economic recovery, as well as $75 million to a New Skills for Youth initiative, dedicated to connecting young people with apprenticeships in underserved communities.”

Four billion dollars a year directed toward lower-paid employees and the needs of local communities where the bank has branches can make a positive difference. Maybe we shouldn’t look a gift horse in the mouth. But, on the other hand, if they were already committed to being good corporate citizens, why did it take a huge tax benefit to prompt JPMorgan Chase to act? Last July, under the old tax code, Chase reported profits of $26.5 billion for the previous 12 months, the largest annual profit ever reported by a US bank! The tax benefits they were given as of January 1st stacks more upon that already high pile of money.

The bank’s checkered history of harmful banking practices might have given the bank reason enough to up its return to communities. They were a major factor in bringing on the Great Recession, which devastated the communities now targeted for this new investment in philanthropy and community development. Since 2012, JPMorgan Chase has paid over $25 billion in fines and penalties to settle numerous federal charges of illegal or improper practices. The largest of these, $13 billion, came from improper actions stemming from the sale of mortgage-backed securities that then-Attorney General Eric Holder said “helped sow the seeds of the mortgage meltdown.” It had earlier paid $5 billion to settle claims made by the federal government and 49 states over the way it predatorily issued individual mortgages. Yet, they were still able to earn record profits and pay their CEO over $27 million per year!

For the bank’s employees who will see their paychecks grow, the benefit is real and important. For the organizations who see a more charitable bank, these actions are very good news, particularly as government funding has become tighter and tighter. For communities where new investments will be made, economic ripples will be welcomed. But does the bank deserve praise for its actions? Or is the question, “Why did it take you so long, and why is this commitment not even greater?”—Martin Levine 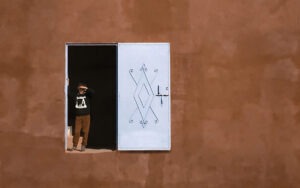