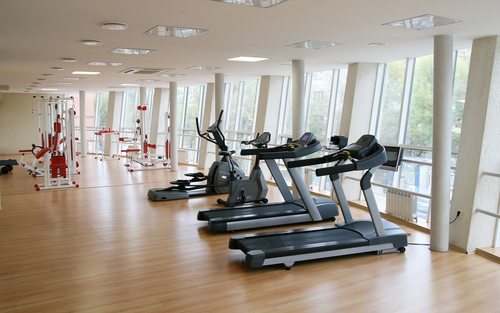 After the Kansas state senate took an odd trip to a disturbing part of Oz with the intent of treating for-profit health clubs as equivalent to nonprofit YMCAs under the state tax code, the Kansas House of Representatives brought the state back to a more acceptable place on this side of the rainbow. A House-Senate conference committee on tax legislation pulled the health club tax break. A few supporters of the for-profit clubs in the House, led by Wichita Democrat representative Tom Sawyer, tried to restore the provision, but were slammed in a 108 to 16 vote.

For those readers who try to attribute all negative things about nonprofits to Republicans and imagine that Democrats walk with the angels, in this case, it was the Democrat Sawyer who contended that many health clubs had gone out of business due to unfair nonprofit competition, but Republican representative Don Hill pointed out, according to the AP, plenty of small businesses fail for lots of reasons, including health clubs, which didn’t mean that they were going under due to YMCAs. Representative Don Hill, a Republican from Emporia, countered that “You can pick any business you like, whether it be the sandwich shop, or the haberdashery, or even a pharmacy and get some depressing numbers.”

In Kansas, the protectors of the for-profit health clubs may have had many motivations, but some were linked specifically to Genesis Health Clubs president Rodney Steven, who distributed some $67,000 in campaign contributions to approximately 70 members of the state legislature. Another representative from Wichita, Republican Dan Hawkins, accepted $1,000 from Steven and argued in favor of a tax break for for-profit fitness clubs because they faced a tax policy inequity—separately, apparently, from his argument that a health club in Topeka had helped him lose 30 pounds.

An unrelated article about the YMCA in Kansas City, Missouri, hints at the difference between Y’s and for-profit health clubs. The KCMO Y is exploring whether to purchase and renovate the historic Lyric Theatre, shuttered since 2011, as a new downtown Y and community center. In the proposed design is space for classrooms, meeting rooms, a summer day camp, and a licensed early childhood education center in addition to the gymnasiums, swimming pools, and locker rooms. The Y hasn’t had a downtown facility since 1981. It doesn’t sound like the design of a for-profit fitness center.

In truth, there are a number of YMCAs that have themselves responded to the competition of the for-profit fitness clubs by ginning up their gyms and programs, but it is hard to imagine that the Y’s are driving fitness clubs out of business. According to the trade association of fitness clubs, the International Health Racquet and Sportsclub Association, the number of spas, gyms, and health facilities has increased in the U.S. from 26,830 to 30,500 between 2005 and 2012, almost a 14 percent increase over eight years. Genesis may see YMCAs as tough competition, but the major players in the industry, besides your local community Y’s, are increasingly visible corporations:

Notably absent from this list are Gold’s Gym and Equinox, which would be among the top 10, according to observers, but do not release their financials.

IHRSA has long been taking aim at the Y as unfair nonprofit competition for its for-profit members. A “talking points” sheet distributed by IHRSA charges “many Y’s now operate their fitness centers more like a business than a charity.”

“Charitable donations are finite, so the public interest suffers when a YMCA that operates like a business competes with true charities for donations,” reads the IHRSA fact sheet. “In fact, it’s a double hit, because the public loses both tax revenue and vital charitable services.”

The IHRSA attack on the Ys’ tax exempt status adds particulars such as its contention that 33 percent of Y’s offer no discount membership status for poor people, that the majority of Y revenues come from membership fees—just like, it says, for-profit clubs, that more than three-fourths of Y revenues come from fees and revenues rather than donations, and that almost two-thirds of Y members join exclusively for the health club services.

Kansas’s threat to give tax exemptions to for-profit fitness clubs has been averted for the moment but the implications are destined to continue in future efforts to rectify the tax “inequity” for for-profit fitness clubs—if not in Kansas, then elsewhere. The attacks in Kansas by Steven and his Genesis Club and nationally by IHRSA are predicated on narrow interpretations of how “charities” operate and omissions of what Y’s do beyond their health club functions. Now that Kansas’s excursion to Oz has ended, it’s time for the nonprofit sector to wake up and put the Y issue into a broader context:

Kansas state legislator Tom Sawyer has been spreading a lot of tax-related whitewash on behalf of the for-profit fitness club industry. The creator of the iconic Tom Sawyer, author Mark Twain, might have said to IHRSA and Genesis, “Get your facts first, then you can distort them as you please,” since they decided to ignore all of the important charitable functions of YMCAs and focus on their roles as providers of spin classes. It’s time for nonprofit leaders to wake up to the sector-wide importance of the Y controversy and insert some facts into the public dialogue.—Rick Cohen