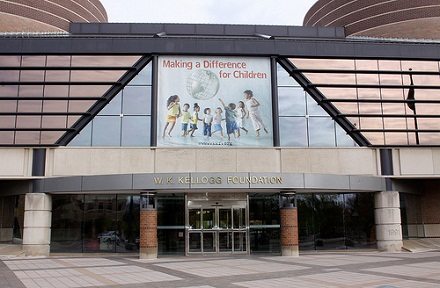 The W.K. Kellogg Foundation has just finished a four-day convening in New Orleans as part of its “America Healing” program, which focuses on racial equity and justice. As the Times-Picayune noted, “America Healing” takes on issues of structural racism in addition to conscious and unconscious personal attitudes.

One plenary panel moderated by Maria Hinojosa, host and managing editor of public radio’s “Latino USA,” addressed unconscious racism. On the panel, Harvard University professor David Williams observed that multiple studies showed that “ when Latinos and African Americans were treated by physicians for a broken bone in their leg, they received pain medication significantly less often than white patients with the same injury.”

As stated on Psychology Today’s blog, “According to Williams, the research shows that when people hold a negative stereotype about a group and meet someone from that group, they often treat that person differently and honestly don’t even realize it…(H)e added, ‘Welcome to the human race. It is a normal process about how all of us process information. The problem for our society is that the level of negative stereotypes is very high.’”

Another panel, moderated by MSNBC’s Melissa Harris-Perry, touched on many structural issues of ostensibly race-neutral policies that lead to inequitable racial results, such as voter registration and voter ID rules. One particularly interesting discussion with Judith Browne-Dianis of the Advancement Project and Marc Morial, former New Orleans mayor and now head of the National Urban League, pointed to a dynamic where structural racism gets embedded back into people’s attitudes. Browne-Dianis said that she perceived “an enthusiasm gap” among some voters who felt that it didn’t make a difference whether they voted or not. Morial added that until the past couple of decades, voter turnout in New Orleans was regularly about two-thirds of the electorate, but turnout has plummeted, most recently drawing less than one-fourth of voters.

Does persistent, uncorrected structural racism lead to a personal “malaise,” the word Morial used? Do people give up if they continue to see race-neutral policies leading to race-inequitable results? When considering racial attitudes, panelists such as Williams and john powell, the director of the Haas Center for Diversity and Inclusion at the University of California Berkeley, seemed to agree with the assessment that, as University of Illinois psychology professor Mikhail Lyubansky put it on the Psychology Today blog, “Denial and professed racial color-blindness only makes things worse.” The implication of the Kellogg program is that the same applies to structural racism. Unless this is acknowledged and explicitly addressed, progress toward racial justice will be impossible.—Rick Cohen