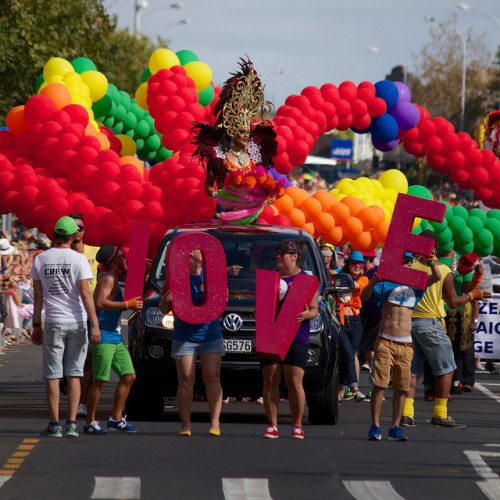 Government organizations in New Zealand will become the first in the world to identify officially people who consider themselves as neither male nor female.

A third category of “gender diverse” is now included in the New Zealand Government Statistical Standard for Gender Identity.

The NZ Human Rights Commissioner, Richard Tankersley, hailed the announcement, noting a 2008 report by the Commission, “To Be Who I Am/Kia noho au ki tōku anō ao,” had helped pave the way. This report was an international first by a national human rights body and focused on three areas: transgender people’s experience with healthcare access, everyday interactions, and community participation.

“This gender diverse standard paves the way for the New Zealand Government to collect data on people with diverse gender identities in a way that has never been possible, leading to a better understanding of the need for recognition and inclusion of the range of trans people in New Zealand, and to advancing the full realisation of their human rights,” says Tankersley.

Statistics NZ’s classifications manager Jo-anne Allan said the new standard is the first in the world for gender identity information. “The term gender diverse is fairly new but we believe that over time it will be widely used and accepted. We recommend this term for official statistical use,” Ms. Allan said:

“It’s a complex issue as gender identity is about how a person feels and experiences their gender, which can change over their lifetime. We’ve worked with a wide range of government and community groups to finalize this standard and the terminology.

“We believe the gender diverse population see it as a step towards being seen, counted, and understood. The standard expands gender identity categories beyond the current female/male boundaries.”

The news was welcomed by queer activist Spencer Sharpe. Sharpe does not identify as male or female, and responds to “they” and “their” pronouns. They said the Statistics New Zealand news was “pretty incredible.”

Sharpe said the way a person described their gender reflected their “innermost sense of self,” and if they were not wholly male or female they could be called non-binary. “Some people are men, some are women, and I just happen to be neither.”

“A lot of the time I feel really invisible and I think my non-binary friends do too because you are just not acknowledged anywhere. Every single form you get you can tick male or female and if you don’t fit within those it ends up making you feel like you are not meant to exist,” says Sharpe.

However, the announcement is not without its opponents. Activist Jennifer Shields said in a blog post that the new standard risked “othering” transgender people. “It will capture data on the non-binary population relatively well, but is insufficient for capturing actual data on gender identity overall. It also relies on terminology many in the community refuse to use.”

Shields suggests that it may also lessen the harm if people could check multiple boxes—for example, being able to check “female” and “gender diverse”—or to be able to use a free form write-in answer option.

New Zealander Georgina Beyer was the first transsexual mayor and member of Parliament in the world. She served in Parliament as an MP for the rural constituency Wairarapa from 1999 to 2007.

While the term “gender diverse” has been set as a gender standard for government organizations collecting and sharing information, it is not mandatory and is only recommended.—John Godfrey