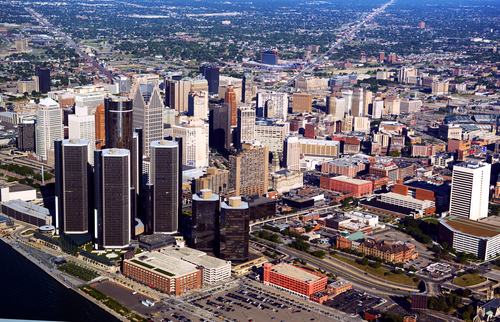 Maya Stovall and Alex B. Hill have a complaint about the Knight Cities Challenge, the Knight Foundation’s competition that distributed funding for projects ostensibly geared to promote innovative thinking in Detroit neighborhoods. Both Stovall and Hill were among the finalists for the awards, but were not selected.

In their view, “The Knight Foundation has disregarded community-led innovation to sustain the status quo by funding multi-million and billion dollar corporate and foundation entities in Detroit.” Four out of the five projects selected by Knight were, they say, “resources for hypothetical Detroit newcomers or elite ex-pats.”

While some might consider their complaint the sour-grapes responses of runners-up, their op-ed in the Detroit News makes some important points. “Where is the investment in projects that are run by neighborhood residents and/or community groups with deep-seeded roots?” they ask. “How many times does this question need to be raised?”

“The greatest weakness of all the winning projects,” Stovall and Hill charge, “is their lack of community connection and inclusiveness.”

Among the winners were the hardly-neighborhood-rooted Crain Communications to create a digital “Detroit Homecoming” community, a Quicken Loans/Bedrock Ventures collaboration called Opportunity Detroit to inform potential residents of the corporations’ preferred neighborhoods, and Detroit Future City’s program to “give vacant lots a well-designed haircut.” NPQ wrote about some of these awards earlier this month as a lead-in to the Detroit “Grand Bargain” panel discussion slated for the Council on Foundations 2015 annual meeting.

Stovall and Hill point out that these entities are all big (Crain’s annual revenues are around $260 million, for example) and the modest five- and six-figure grants are small compared to the resources they control or have invested. It is “difficult to see why they would need funding from the Knight Foundation for innovation or civic engagement,” they write.

They conclude with a powerful statement:

“The 2014 Knight Cities Challenge winners in Detroit are yet another example of a growing and disturbing trend. This trend represents the corporate and foundation-level devaluation of existing local expertise and existing local assets. Funding and support have been and continue to be unequally distributed in Detroit. The Knight Foundation is embracing corporate entities whose ‘innovation’ is providing resources to Detroit newcomers and/or Detroiters with already relatively deeper pockets than the majority of Detroiters.”

The Knight Foundation may have some compelling justifications to offer for its Detroit neighborhood awards. Given the decades of history of plans and promises for Detroit neighborhoods that have raised and dashed hopes repeatedly, it would have been important for the Knight Foundation awards to reward the innovation and ideas of neighborhood-based efforts in Detroit, controlled by longtime Detroiters, rather than investing in Detroit’s hoped-for newcomers. The result is a signal to neighborhood residents that, once again, in the plans for neighborhood and overall Detroit city revival, they are demographic runners-up.—Rick Cohen 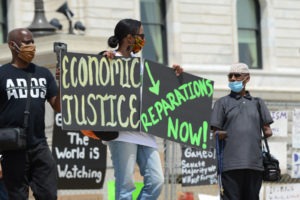 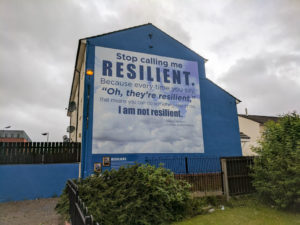 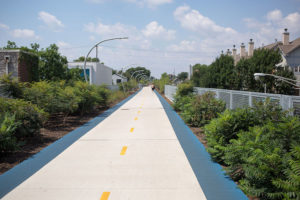