Last week, the John S. and James L. Knight Foundation announced it was launching a new five-year commitment to further strengthen local and national nonprofit journalism. And although it is planning to spend $300 million over that period, twice the $30-million-a-year it has been spending, it also issued a call for additional funding partners. This development, in our opinion, accurately responds to the state and energy of a broad and diverse emerging field.

The announcement was made to coincide with the release of a report issued jointly by Knight and the Aspen Institute entitled Crisis in Democracy: Renewing Trust in America. However, we actually find the grant design more compelling than the report, because it appears defter and more grounded.

For well over a decade, Knight has actively supported the building-out of nonprofit based journalism. This new approach builds on much of what it has done in the past, excepting its earlier obsessions with “bright and shiny” gadgetry. Knight is still interested in technological advancements for journalism, but to nowhere near its previous extent.

Instead, the approach appears to be building a knowledgeable ecosystem that addresses the needs of the network—large and small, local to national, specific to general. Each part of that system needs a different kind of support and, naturally, can provide a different kind of support to its network colleagues. A good number of Knight’s grants will be aimed at regranting, thus disseminating the decision-making when it comes to the support of a field that’s developing quickly and necessary to democracy in this country.

Writing for Poynter, Kristin Hare suggests that Knight tipped its hand a bit at the end of last year in its Neiman Project prediction for journalism in 2019. At that time, they wrote:

While competition used to drive strong news coverage and accountability reporting, a new information environment driven by technology and battling today’s challenges—from misinformation to declining trust in media—demand solutions from a variety of sources and players. In 2019, we’ll see an increase in multidisciplinary collaboration among sectors, institutions, and news organizations working to better serve local audiences.

The foundation’s focus remains to some extent on the development of sustainable revenue, which is reflective of an earlier emphasis, “Without revenue, you can’t pay reporters,” said Alberto Ibargüen, Knight Foundation president. “Without reporters, you can’t develop consistently reliable news reports about what’s happening in your town. Without that reliable news report, you can’t figure out how to run local government. It isn’t rocket science.”

Ibargüen adds that the initiative will also focus on improving and sustaining the quality of news reporting by helping build working relationships between national and local entities. National entities like ProPublica tend to have resources (such as ongoing deep investigative capacity or legal backup) that are less available on a local level. The local-level projects, on the other hand, are often run by dedicated journalists who know the local scene and may find themselves well served by partnerships that provide not only extra reporting capacity and a potential national audience, but other necessary benefits.

“We’re not funding one-offs,” Ibargüen says. “We’re rebuilding a local news ecosystem, reliable and sustainable, and we’re doing it in a way that anyone who cares can participate.”

Knight described its grants in its own statement last week:

Among other commitments are:

Reporters Committee for Freedom of the Press ($10 million): To help local newsrooms defend the First Amendment and hold decision-makers accountable. The Reporters Committee will triple the number of lawyers working on local issues and expand its network of local attorneys providing pro bono legal support.

Knight-Lenfest Local News Transformation Fund ($10 million in support): A partnership with the Lenfest Institute for Journalism announced in September 2018, which established a fund for the digital transformation of local news organizations. The latest Knight investment will support further expanding the Knight-Lenfest Newsroom Initiative (formerly “Table Stakes”) within dozens of new communities and establishing a shared resource hub for local news organization.

The News Literacy Project ($5 million): To expand the impact of a nonpartisan educational nonprofit that empowers educators to teach news literacy to middle and high school students. The organization will also bring its signature NewsLitCamps to several communities where Knight invests; the professional development program provides teachers and librarians with an introduction to news literacy, teaching resources and the opportunity to connect directly with journalists working in their communities.

Cortico ($2 million): To help journalists build trust by better understanding the communities they serve and the issues people care about. Cortico’s listening system—the Local Voices Network—uses machine learning to analyze online and offline community conversations. Cortico is a nonprofit created by leaders at the Lab for Social Machines at the MIT Media Lab.

The Aspen report mentions the need for greater inclusiveness, as follows.

It is clear to this Commission that greater inclusion would increase trust in the news product. We therefore call for news organizations to reflect their entire communities in their news stories and news feeds. Specifically, the Commission calls for a nationwide commitment to diversity in all facets of the news ecosystem. This applies to the people hired, the stories covered, the viewpoints considered, and the authorities quoted. These pathways into journalism will strengthen communities and sustain the industry. They are vital regardless of the economic stresses the industry faces.

But in our opinion, one area in this funding scheme announcement where the Knight Foundation should have made more of an explicit commitment is in centering equity in building this new field of journalism. Who it is that reports the news matters for reasons beyond an increase of trust. The historic lack of such inclusion, and the resulting limitations of perspective and analysis, is too important and central an issue in democracy not to have been given prominent mention. 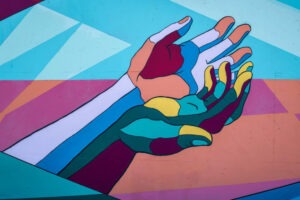