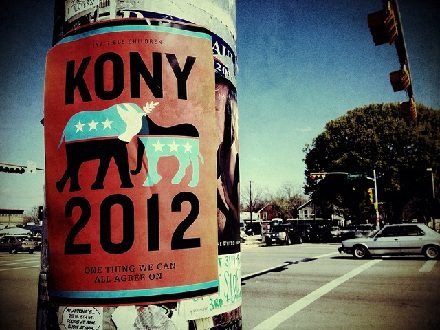 On Friday, Invisible Children released “Kony 2012 Part II: Beyond Famous.” The twenty-minute video describes the creation of the campaign, the progress made in the month since the initial “Kony 2012” video, and lays out an extended version of the initial call to action presented in the earlier video.

Over the weekend, much has been made about “Kony 2012” director Jason Russell’s absence from the video and whether it still oversimplifies the issues, while others have noted that it fails to address some of the serious political concerns that have been raised about Invisible Children’s role in the issue, and more recently in this article in the Atlantic on “The White Savior Industrial Complex”. However, less discussed in the coverage to date is an underlying perspective framed as new generation leadership. One of the underlying themes of this message is that today’s youth are a new generation—one that will fight for justice and equality.

A four-pronged call to action is put forth: form a team of friends, contact policymakers, serve your community, and promote justice for Kony. Readers may be surprised by the call for community service. Images show young people adopting a beach in the name of Kony 2012. The video goes on to state, “We will only earn the right to be heard globally by serving locally” and shows crowds wearing a shirt reading, “Do more than just watch.”

Beyond the update and additional information provided by part two of the video, Invisible Children is presenting a new strategy of advocacy through service. This tactic has been successfully used by other nonprofits, such as Habitat for Humanity International; house-builds are, in part, a strategy to put the importance of shelter in the hearts and minds of volunteers.

Although not well connected to the underling mission of Invisible Children, this strategy hints at a challenge that many are pondering: how to capture the energy, idealism, and talents of the next generation to engage global inequality without paralyzing them with the complexity of the historic, economic, and political causes of such inequality. Some suggest—as does this new video—that every bit of action helps and counts; others worry about inspiring a new generation to undertake misguided actions that may do more harm than good. The debate between these two perspectives points to a correction needed among many awareness campaigns: how to move from awareness of a problem to education about strategies for effective action. –Michelle Shumate