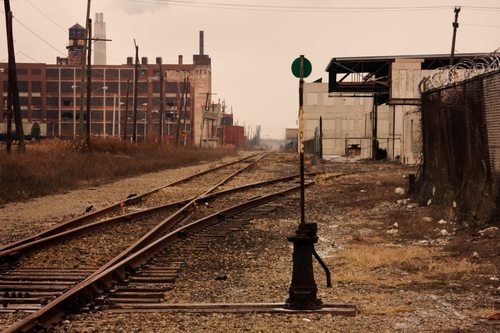 With a five-year, $150 million pledge to support the implementation of a massive plan for the future redevelopment of Detroit, the Kresge Foundation has done more than simply underwrite much of a necessary overhaul in a severely troubled city. The pledge comes in support of the Detroit Future City plan, a 300-plus page document that reconceptualizes how Detroit invests its scarce resources. That reconceptualization focuses on building neighborhoods of residential density compared to the vast stretches of underpopulated areas that currently comprise much of the city. According to the plan, economic development would be concentrated along specific employment corridors, other vacant land would be revitalized as green spaces, and city government would be restructured to help Detroit function better than it has for eons.

There has been tension between some of these foundations and city officials, some of whom see their governance powers withering in the face of depleted municipal treasuries, declining tax revenues, and ever-increasing social problems. Nonetheless, there is little doubt that the Detroit foundations have accomplished a great deal. Among the foundation collaborations that have taken on some of the major issues of the city and the region are the New Economy Initiative, directed by the president and executive director of Hudson-Webber, the Good Schools and Good Neighborhoods programs, largely led by Skillman, and the Detroit Works initiative, largely conceived and designed by the Kresge Foundation in conjunction with Detroit Mayor Dave Bing.

The Detroit Future City plan is noteworthy but not unprecedented. Detroit has undergone other comprehensive revitalization plans in the past, but they have generally gone nowhere. This plan comes at a time when the governor of Michigan is contemplating placing an emergency financial manager in charge of Detroit’s finances. In addition, there is a mayoral election coming up, but incumbent Mayor Dave Bing hasn’t announced whether he will run for reelection. One of the elements that has undermined past Detroit plans has been turnover in city hall, as successive mayors have been unwilling to support and carry out the plans of their predecessors.

There have also been issues concerning community involvement in these foundation initiatives, necessitating restarts to elements of foundation initiatives, though, to their credit, the foundations have taken their lumps. Will this new plan develop enough traction to be adopted as the framework for action in addressing the city’s most difficult problems? It may largely depend on whether local players from the community and from City Hall, particularly the City Council, interpret the plan as a helpful roadmap or as a top-down strategy that attenuates local decision-making power.

Given the scale of Detroit’s problems, $30 million a year from Kresge won’t work without significant investments from other foundations and much more. In addition, transit and green space initiatives won’t work without federal program involvement, but federal domestic discretionary spending faces additional cuts in cascading budget, debt, and deficit crises. Also, no matter the size of their financial commitments, Detroit area funders and foundations cannot fund the operations and implementation of public plans on their own.

This situation is worth following, and not just among those interested in Detroit, because Detroit isn’t alone. Far from it. While Detroit hasn’t actually declared bankruptcy, many U.S. cities have, including San Bernardino, Calif., Stockton, Calif., Harrisburg, Pa., and Central Falls, R.I. Plenty of other cities are economic disaster zones, such as Scranton, Pa., Camden, N.J., Compton, Calif., Reading, Pa., Gary, Ind., and Youngstown, Ohio. None of these cities have a Detroit-like array of indigenous philanthropic institutions to draw on, but they may look to foundations for the kinds of investments of capital and expertise that might—and we emphasize might—have charted a path for Detroit to find a way out of its decades long economic quagmire.

Expect other cities on the brink to look for their versions of Kresge, Skillman, and Hudson-Webber in the hope that foundations can not only provide crucial capital for rethinking development, but also for taking actions that polarized mayors and city councils find themselves unable to do.—Rick Cohen